Home/ To see and do/ Gastronomy and Wine Tourism/ Centenary Restaurants 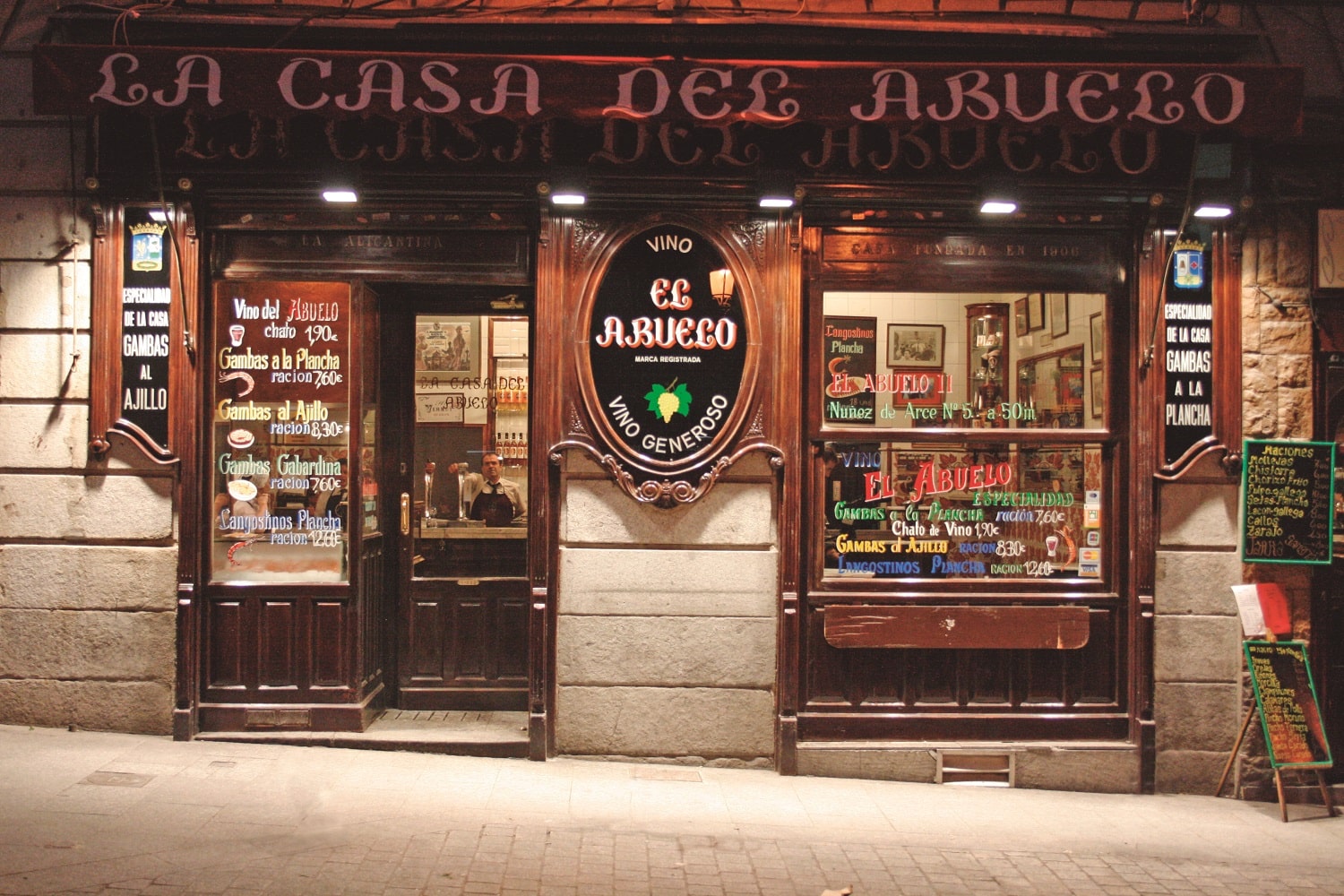 In the Centenary Restaurants of Madrid, diners can enjoy traditional and timeless food and learn, through its cuisine, the history of Madrid for more than a century. Between tradition and modernity you can travel back in time to relive gatherings with Galdós or Valle-Inclán or have a glass of wine with Hemingway.

The oldest restaurant in the world

Goya worked in its dishwasher's kitchens, Hemingway and Truman Capote tasted its tasty menus. Botín, since 1725, is listed in the Guinness Book of Records as the oldest restaurant in the world. Roasts in its impressive wood-fired oven are its specialty. 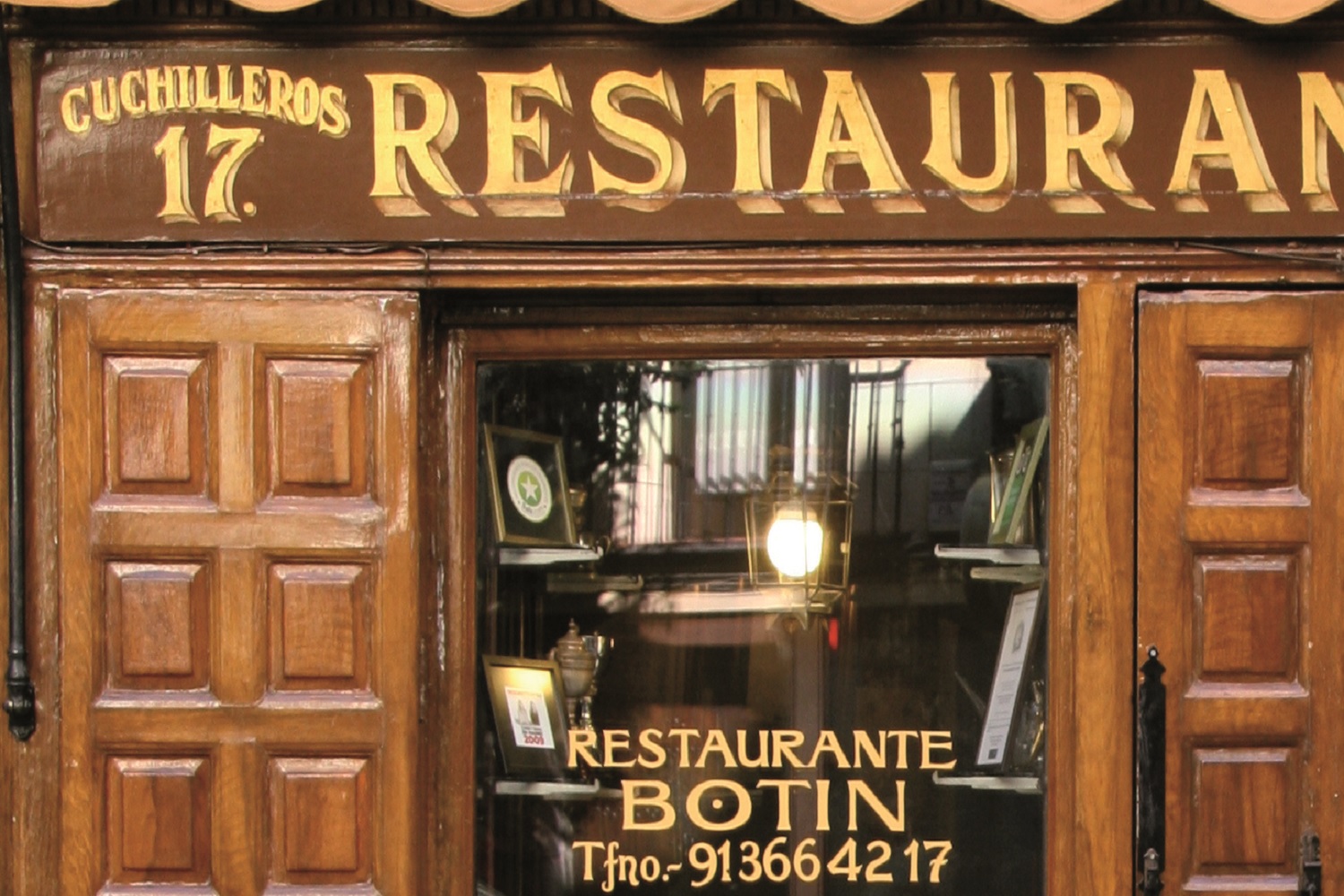 The restaurant Los Galayos was inaugurated in 1894. Located in the Plaza Mayor, it offers high quality Castilian cuisine.

The Generation of '98, '27, doctors or politicians were part of the intellectual gatherings of Café Gijón.

Since 1839, Lhardy rescues the best traditional recipes such as its legendary cocido (stew) or callos madrileños (tripe).

Since 1870, the restaurant La Bola has presented, with its traditional Castilian cuisine, a wide variety of dishes anchored in the culture of the town. Among its specialties are the Madrilenian stew, the lamb or the hake of the house.

The Casa Labra restaurant is a century-old tavern that has remained undisturbed since 1860. It witnessed the clandestine founding of the PSOE by Pablo Iglesias. Codfish is its specialty.

La Bodega de la Ardosa, founded in 1892, is one of those typical taverns of Malasaña full of photographs that bear witness to its history and in which any tapa is a delight, but always with its tortilla de patatas (potato omelette) at the top.

Tavern owners since 1906, La Casa del Abuelo is one of those places you can't miss when it comes to good tapas. It is said that Andy Warhol used to sit at the bar every time he came to Madrid with a glass of wine.

Since 1895, the Malacatín restaurant has been one of the temples of Madrid stew, tripe and the spectacular wines that accompany it. 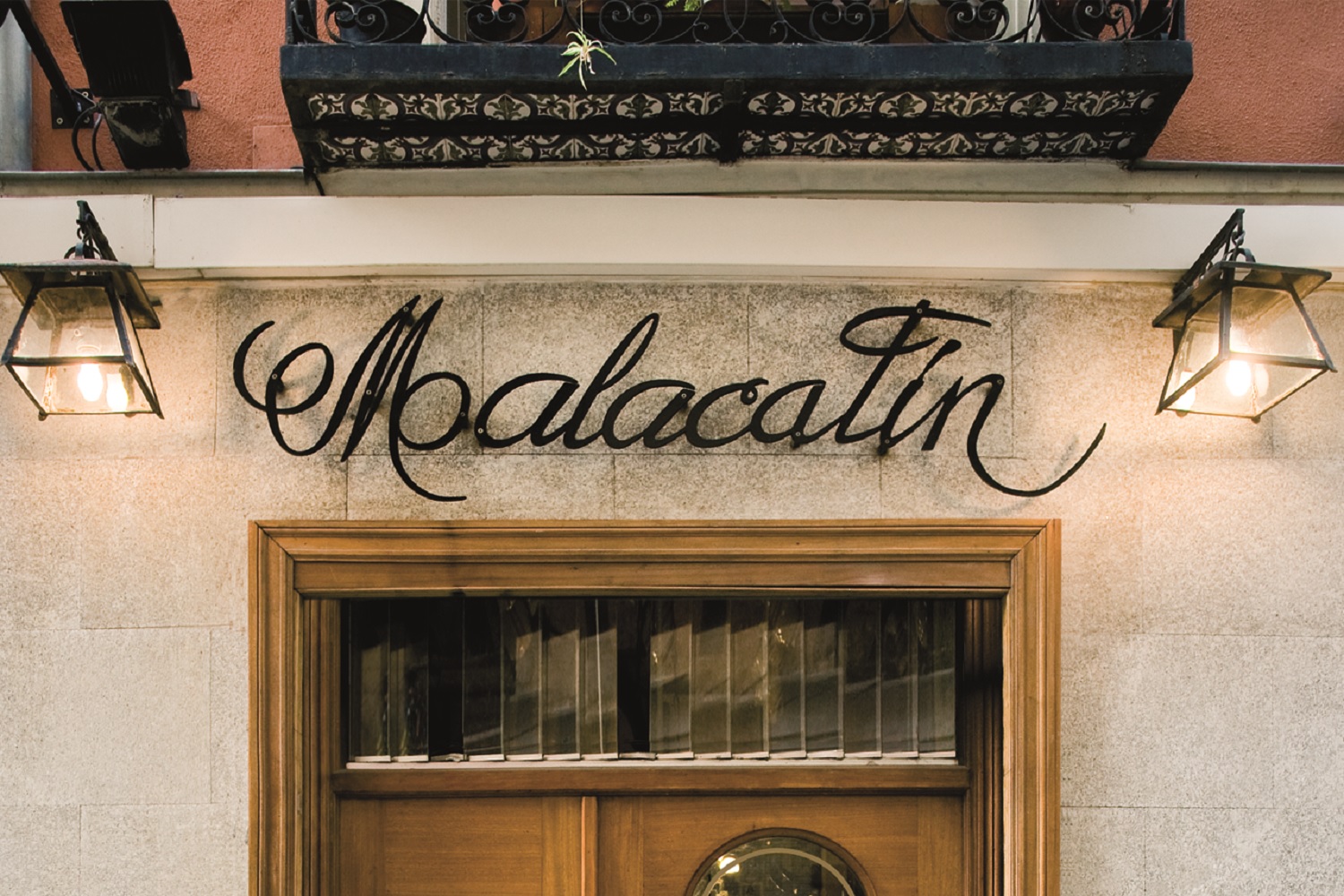 In the middle of calle Mayor, we find Casa Ciriaco, founded in 1897. It witnessed the attack on the royal retinue at the wedding of Alfonso XIII and Victoria Eugenia. Its walls are decorated with a multitude of photographs and the "pepitoria de gallina" is its star dish,

Casa Pedro has its origins in 1702 (although without the endorsement of Guinness), this restaurant has a large terrace and a wine cellar where you can enjoy a fabulous informal atmosphere.

Casa Alberto is located in the same building where Miguel de Cervantes lived, on Huertas Street. Founded in 1827, it preserves all its classic recipes such as tripe, oxtail or cod Madrilenian style. 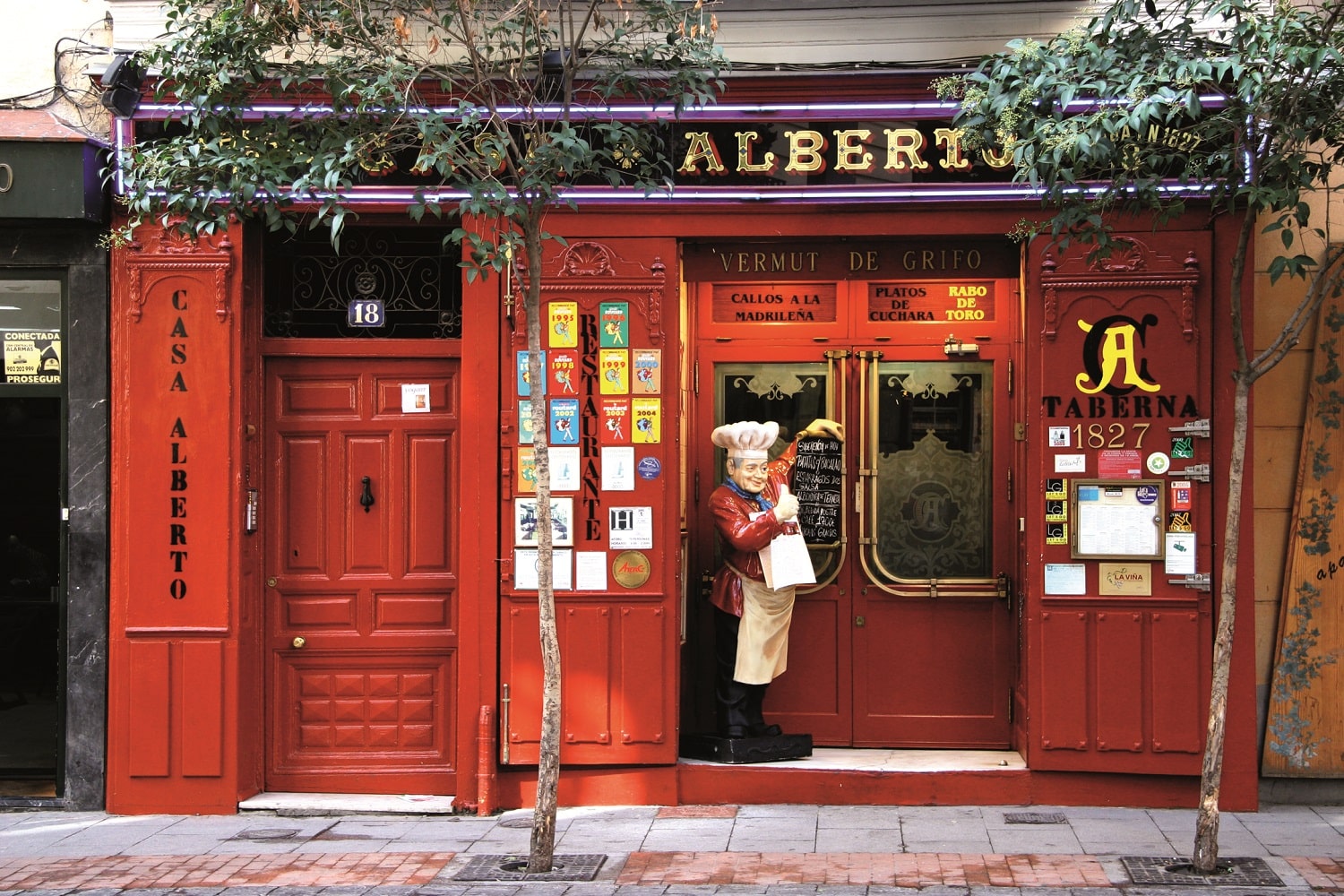