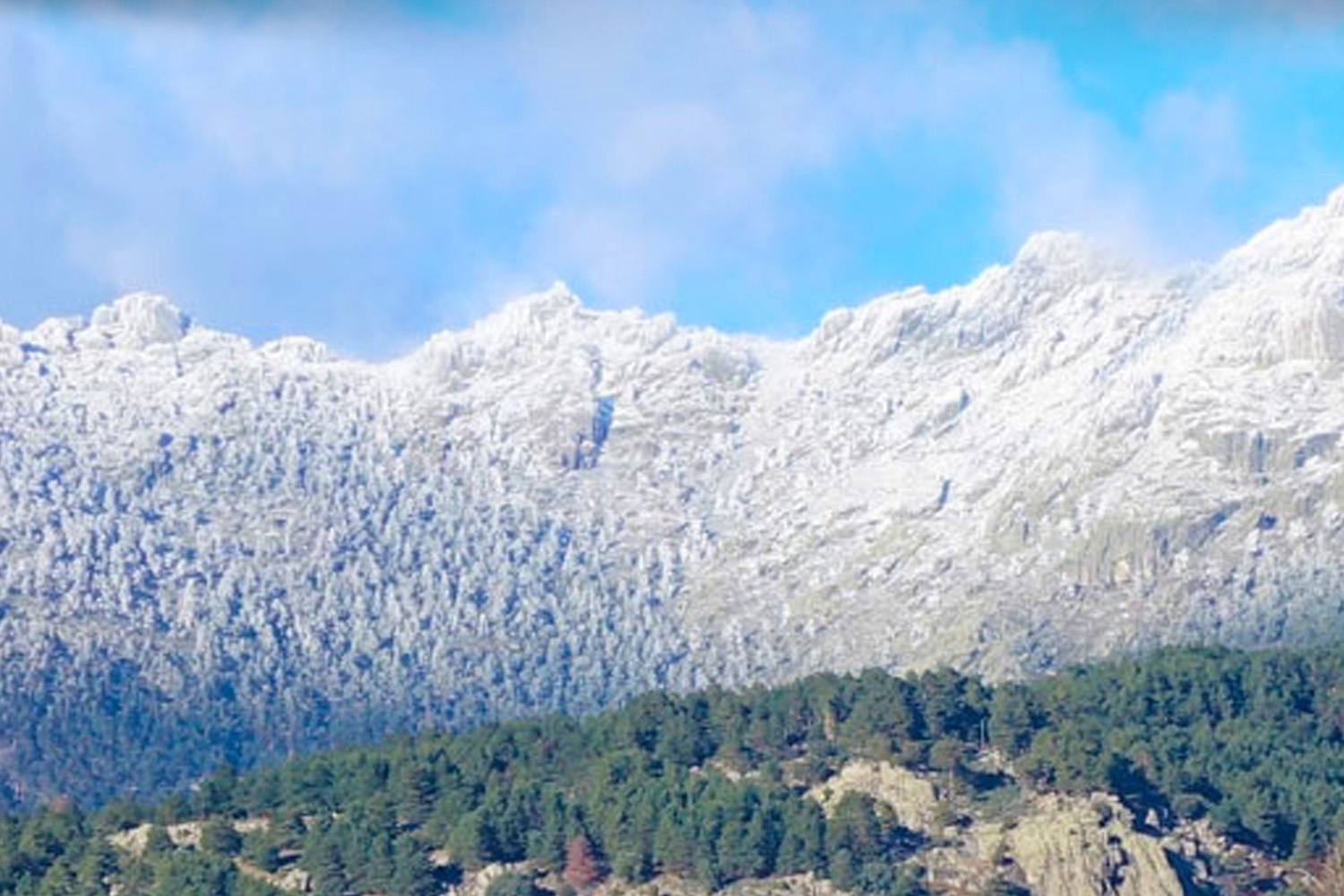 It's not easy to find a place to take a break that offers possibilities to enjoy so varied: active tourism with hiking trails, where flora and fauna go hand in hand to offer us idyllic postcards. The history is present in every corner, from the time of the Romans until today. And what about to say about the gastronomy, delight for the palate with its meats and river fish. Don't you think that there are enough reasons to come to Cercedilla?

Less than an hour from the capital, nestled in the Sierra de Guadarrama, at 1214 meters in altitude, is located this unique town, rich in natural treasures, which make it ideal as a place of disconnection, for the calm of its landscapes and the serenity of their paths and trails.

The maximum exponent of its innumerable routes is the Roman Road that crosses the Port of the Fuenfría and was route of access from Madrid to Segovia. From the valley of the Port, we reach the well-known Senda Schmidt, which has 12 kilometres perfectly way marked for the enjoyment of all lovers of hiking and nature o the highest extent. Cercedilla is also transit point and stage of the pilgrimage to Santiago, in its route from Madrid.

The natural heritage of Cercedilla is varied and rich, from the leafy mountains of Valsaín, to the north, to the wild pine variety that marks the Cercedilla Valley. Its abundant water forms a landscape of varied flora and fauna, which has relevant places such as oak forest, poplars, holly, yew, all of them protected species that are home to animal species such as birds, reptiles and amphibians.

If the adventure attracts us, we have in our hands the Valley of Fuenfría, Aventura Amazonia, the largest natural adventure park in Spain, with games in trees, zip lines, and adventure circuits for explorers that will delight the young ones. There is also a zone prepared for teamwork mechanisms, ideal for companies.

The history has left its mark on this place. In addition from the aforementioned Road, the four bridges along the way are a good example of the Roman past, which transformed the area, as an artery passage of merchants, cattle, kings and artists, who found in Cercedilla the place where to recover strength and rest from their travels.

Worthy of mention are the religious constructions, such as the San Sebastián Church of the 13th Century, in Romanesque style with a central Churrigueresque central altarpiece, the Santa Maria Chapel of 18th Century, which receives its pilgrimage every year, or the simple Church of Our Lady of the Carmen, of stone with single ship.

The nearest history is also present in Cercedilla, with constructions of the nineteenth and twentieth centuries, such as the 'summer colonies', the 'Fábrica de la Luz', the 'sink', the 'train station', the 'Sanatorio De la Fuenfría' or the 'Plaza de Toros', which develop different cultural activities during the year. We encourage you to visit, next to the City Hall, the 'Ski Museum' in honour of the local son and Olympic Champion, 'Paco Fernández Ochoa'.

Of course after so much activity, we should have a rest and recover strength, we are at a crossroads of historical roads, where gastronomy is one of the attractions and must stop; from refreshing in a natural way, with the water of the Sierra, which can be found in its sources, until you taste a rich selection of beef, cooked or grilled, from the cattle grazing in its abundant meadows, passing through the exquisite trout that lives in the nearby rivers. The culmination of such exquisiteness, we find it in the delicious and extensive pastries of the area. All this good food must be paired with a good wine from Madrid, which in recent times is having its deserved recognition.