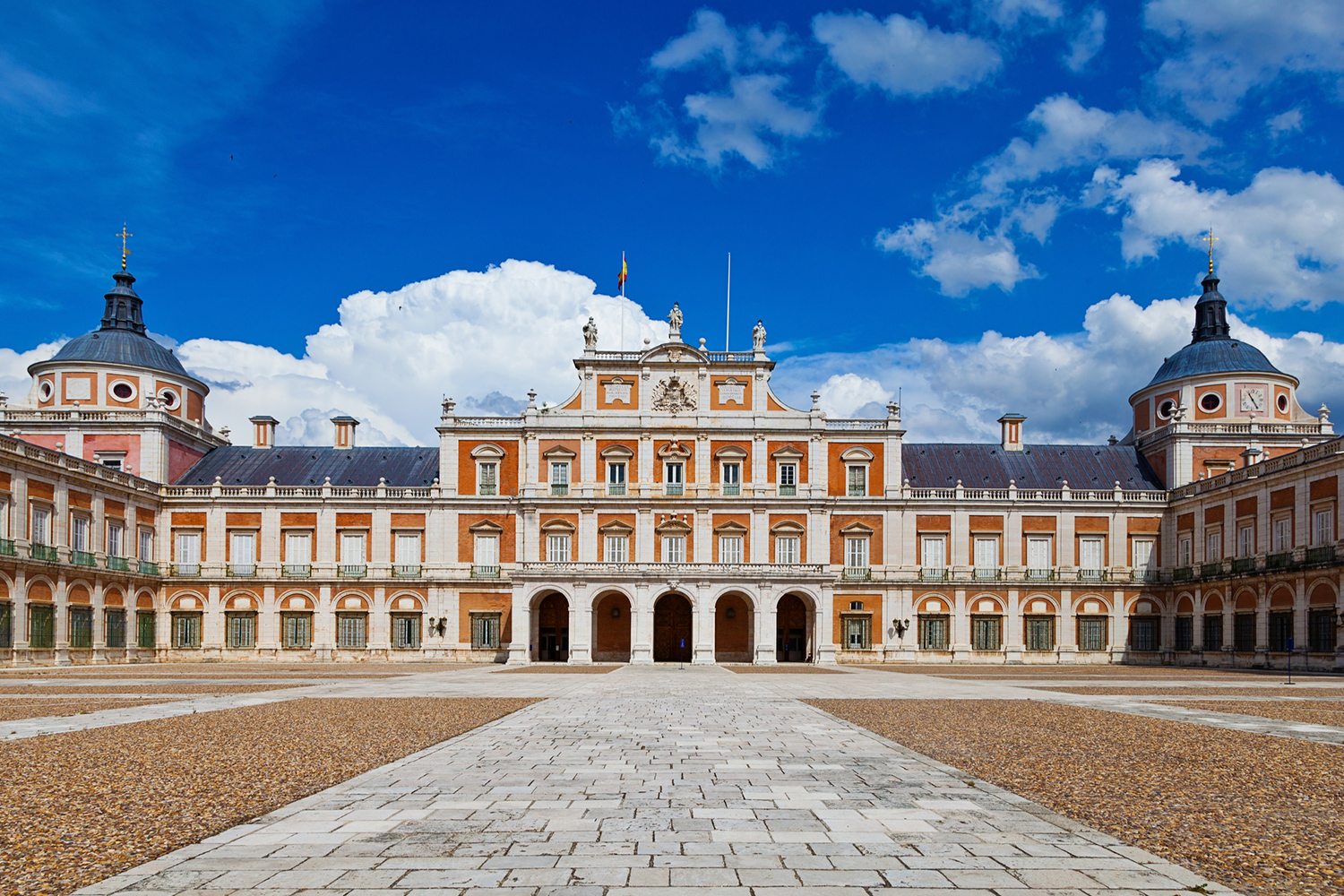 Aranjuez shines especially radiant during days of clear skies and mild weather. The arrival of spring is an ideal time to explore its streets and discover its great heritage, don't miss it!

The Royal Site of Aranjuez was declared a UNESCO World Heritage Site in the Cultural Landscape category in 2001. Its buildings and gardens have turned the town into an international destination located just a few kilometres from the capital.

A proposed urban route, which unravels and tours its main points of interest, begins at the railway station, which can be easily reached from Madrid using the Cercanías service or the Strawberry tourist train. For those who prefer to go by car, just take the A-4 motorway to exit 37. Once in Aranjuez, there are several regulated parking options.

From the station, the route heads directly towards the Royal Palace, one of the jewels of the town. The current layout was rebuilt by Santiago Bonavia after it was destroyed by fire. Originally, the palace was designed and reformed by the monarchs Charles V and Philip II and by the architects Juan Bautista de Toledo and Juan de Herrera.

The majesty of the palace can also be felt in its gardens, which have received full recognition by UNESCO. The route takes you through most of them, such as the King's Garden, and stops in front of many of its emblematic fountains: the fountains of Neptune, Bacchus and Diana, among others.

The route then visits key points, such as the Casa de Caballeros y Oficios, designed to house the entourage of the court and its ministries, and the Casa de Los Infantes. The route continues until it reaches the Carlos III Royal Coliseum and the food market, two key buildings in the city centre. From there, the route passes in front of the Town Hall building until it reaches the Godoy Palace, built in 1761, with a very characteristic neoclassical portico, later built by Juan de Villanueva.

The route ends in front of the Casa del Labrador, once again a neoclassical jewel by Villanueva, designed by Charles IV as a summer "country house".