Home/ Featured/ The Philip II Train is back! 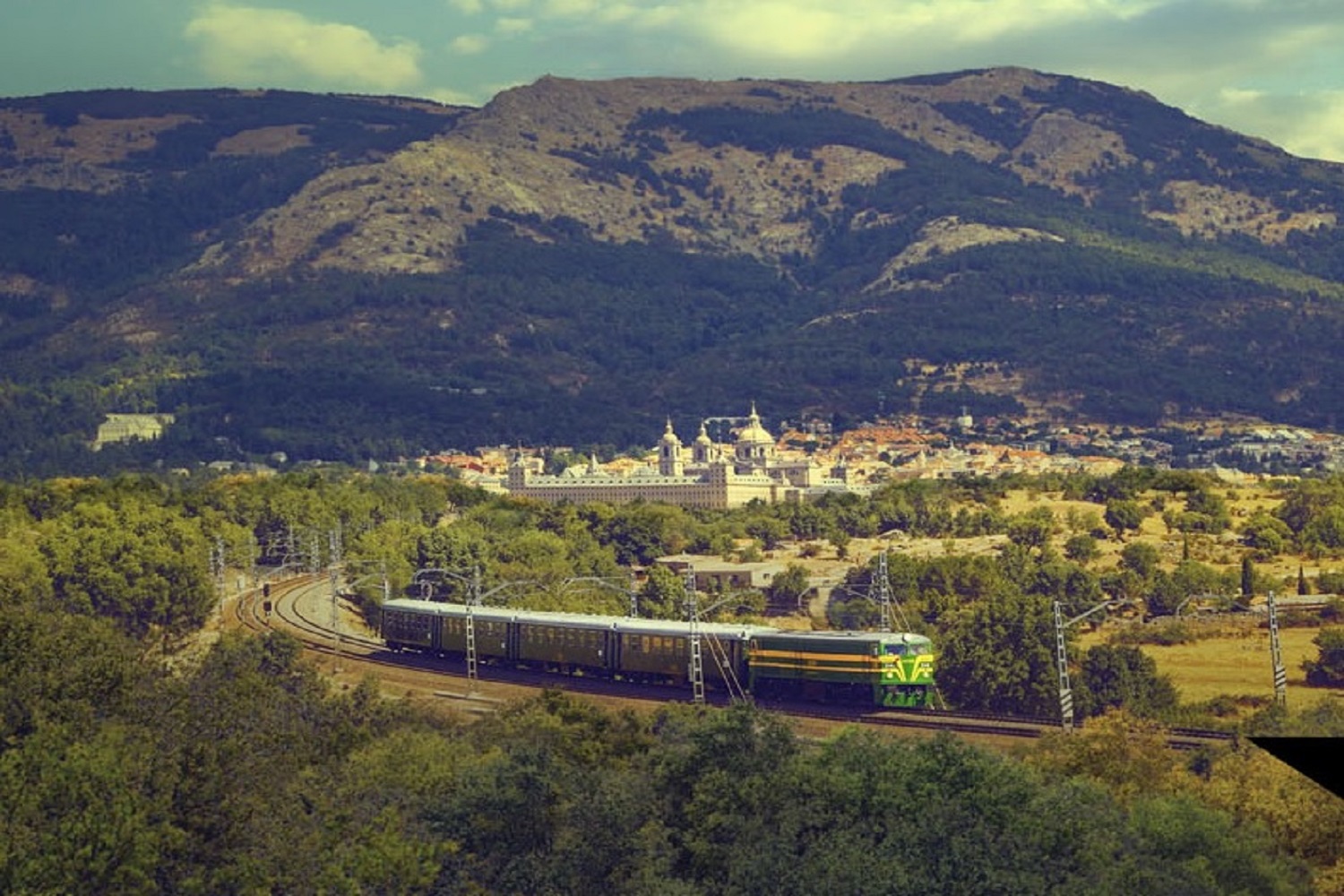 The iconic and most popular Philip II Train returns to connect the capital with San Lorenzo de El Escorial. If you don't know yet this train with a ticket to the past, keep reading!

To get to know the imperial city par excellence, San Lorenzo de El Escorial, there is nothing better than signing up for a journey steeped in history. The route taken by the 'Tren de Felipe II' oozes history on all four sides. Not only does it cover a route with a lot of history behind it- the train itself will transport you back in time in a truly immersive experience.

50 minutes separate Madrid's Príncipe Pío station from the legendary city of Philip II. The train is now running again from its usual platform 7, surprising passengers with its 5000 and 6000 series carriages, manufactured in the post-war period. During the month of April, the train connects the two cities on the 14th, 15th, 16th, 17th, 23rd, 24th and 30th.

Passengers are offered a varied selection of options that include different visits on arrival at El Escorial. The "Imperial", "Legends" or "Journey" packs allow you to create your own personal journey through the memory of the imperial city. You can visit the Monastery on your own or on a guided tour, walk around the town and sign up for one of its historical routes through the 16th and 18th centuries, or simply enjoy the Madrid landscape that climbs towards the mountains behind the town.

Travelling back to the 16th century and, specifically, to what was once its undisputed capital, San Lorenzo de El Escorial, has never been so authentic! Check timetables and fares and enjoy this themed journey on an authentic 1940s train.