Home/ Featured/ Easter celebrations in the Region of Madrid 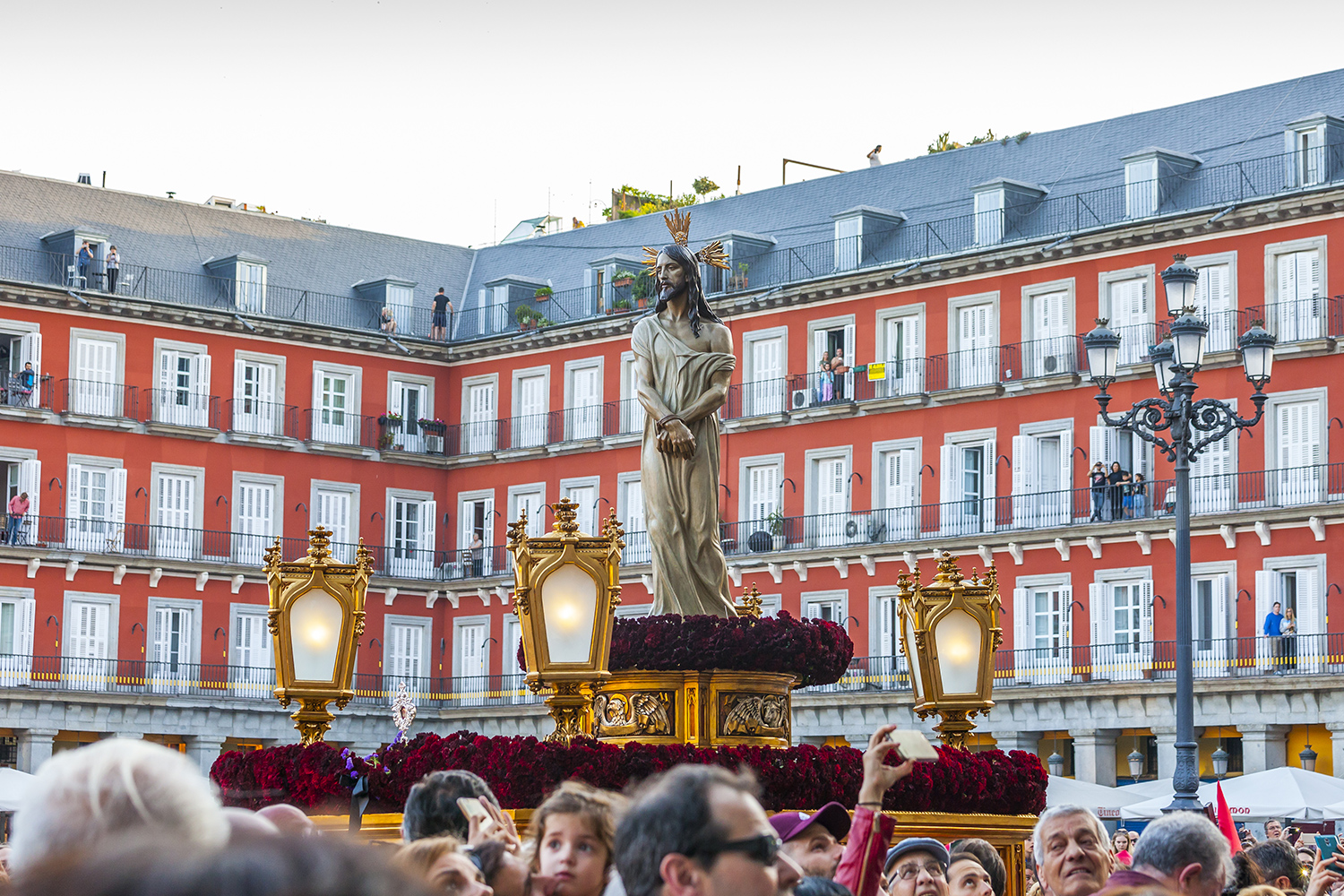 Madrid, land of different cultures, creates a Holy Week with its own distinct character both in the capital and in the different towns of the region. Take note!

Madrid does not only commemorate the Passion; during Holy Week many other cultural events are held in parallel. Churches and basilicas programme sacred music concerts, the different brotherhoods take to the streets with the floats they have been preparing all year and the best restaurants and bakeries in the city add typical Easter dishes with a traditional touch to their menus.

The big days of Holy Week in Madrid are Maundy Thursday and Good Friday. The most important of these are the processions of Jesús del Gran Poder y la Esperanza, Jesús Nazareno and Virgen de la Soledad, both on Maundy Thursday, as well as the three pasos of Jesús de Medinaceli, María Santísima de los Siete Dolores and the Santo Entierro on Good Friday. On Holy Saturday, the brotherhoods of the Virgen Dolorosa and the Procession of Solitude make their penitential processions.

Of the most important processions held on Palm Sunday and Holy Wednesday, head for those of the Paso del Cristo de la Fe y el Perdón and Nuestro Padre Jesús de la Salud.

The Morata Passion representation brings together more than 450 people for its performance throughout the town, a great event in which local residents take part. For its part, the Chinchón Passion is also of a popular and local nature, highlighting its "living" character.

Alcalá de Henares experiences the festivities with special popular fervour, with up to eight brotherhoods travelling around the city. Equally important are the festivities in San Lorenzo de El Escorial; seven brotherhoods make up the Junta de Cofradías during Holy Week, which has a tradition whose origins date back to the time of Felipe II.

The Passions of Daganzo and Carabaña are also a reference point during this week. Torrejón de Ardoz, for its part, displays Baroque carvings of exceptional quality on its floats. And the municipality of Móstoles, bringing the Holy Week celebrations to an ending, displays its Procession of the Encounter through its streets, a procession with more than 100 years of history.

Check out the programme for these festivities, live Easter Week in Madrid!