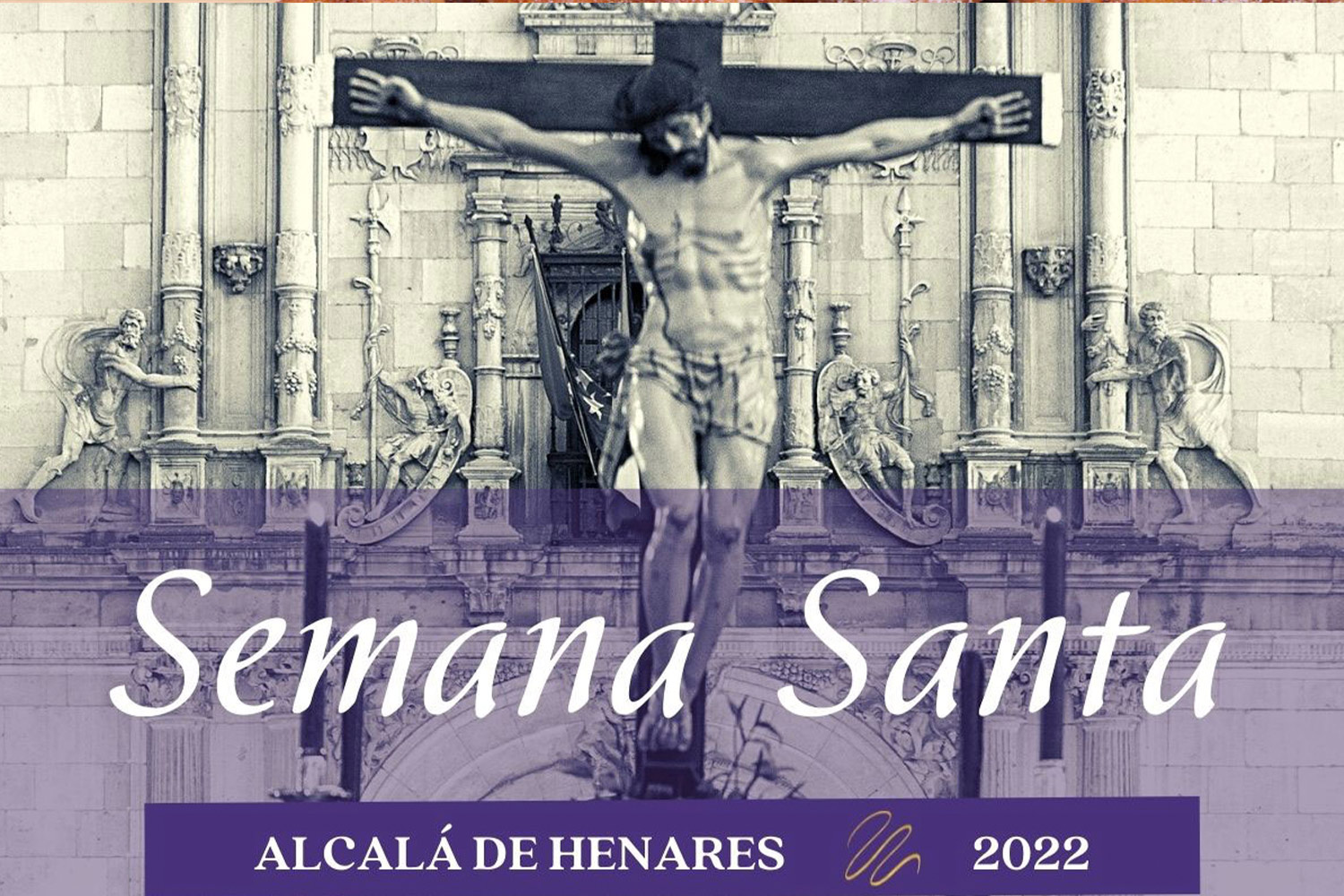 Easter returns to Alcalá de Henares. After a two-year break, this will be the first time it is celebrated after being awarded the title of Fiesta of National Tourist Interest in 2019. Not to be missed!

For the first time in its history, this year the Holy Week of Alcalá de Henares will not begin on Palm Sunday with the famous procession of the Borriquita, but two days earlier with a new procession on the Friday of Sorrows, thanks to the Hermandad Sacramental del Santísimo Cristo de los Desamparados y María Santísima de las Angustias (Sacramental Brotherhood of the Holy Christ of the Forsaken and Holy Mary of Sorrows).

Around 4,000 penitents make up the brotherhoods of Alcala. The various religious processions are attended by more than 100,000 people, including locals and visitors who come attracted by the different music, carvings and processional styles. In total, there are ten confraternities or brotherhoods of penitence and two of glory, which carry twenty-two processions with different images of Jesus in the different moments prior to his death on the cross or of the Virgin Mary and some saints and apostles. Each brotherhood celebrates its religious procession, with a large participation by the community of Alcalá and visitors.

Another new feature of this Easter Week is that the Town Hall has announced a competition for balconies and shop windows, with prizes of up to 1000 euros, in which any home located along the route of the religious processions can participate, with the aim of making the Cervantes city, a World Heritage City, look more impeccable than ever.

Holy Week in Alcalá de Henares once again proves to be heterogeneous and eclectic, as it has managed to take on the best of each tradition to become a great tourist event.

This Easter, feel the emotion, religion and culture in Alcalá de Henares once again.