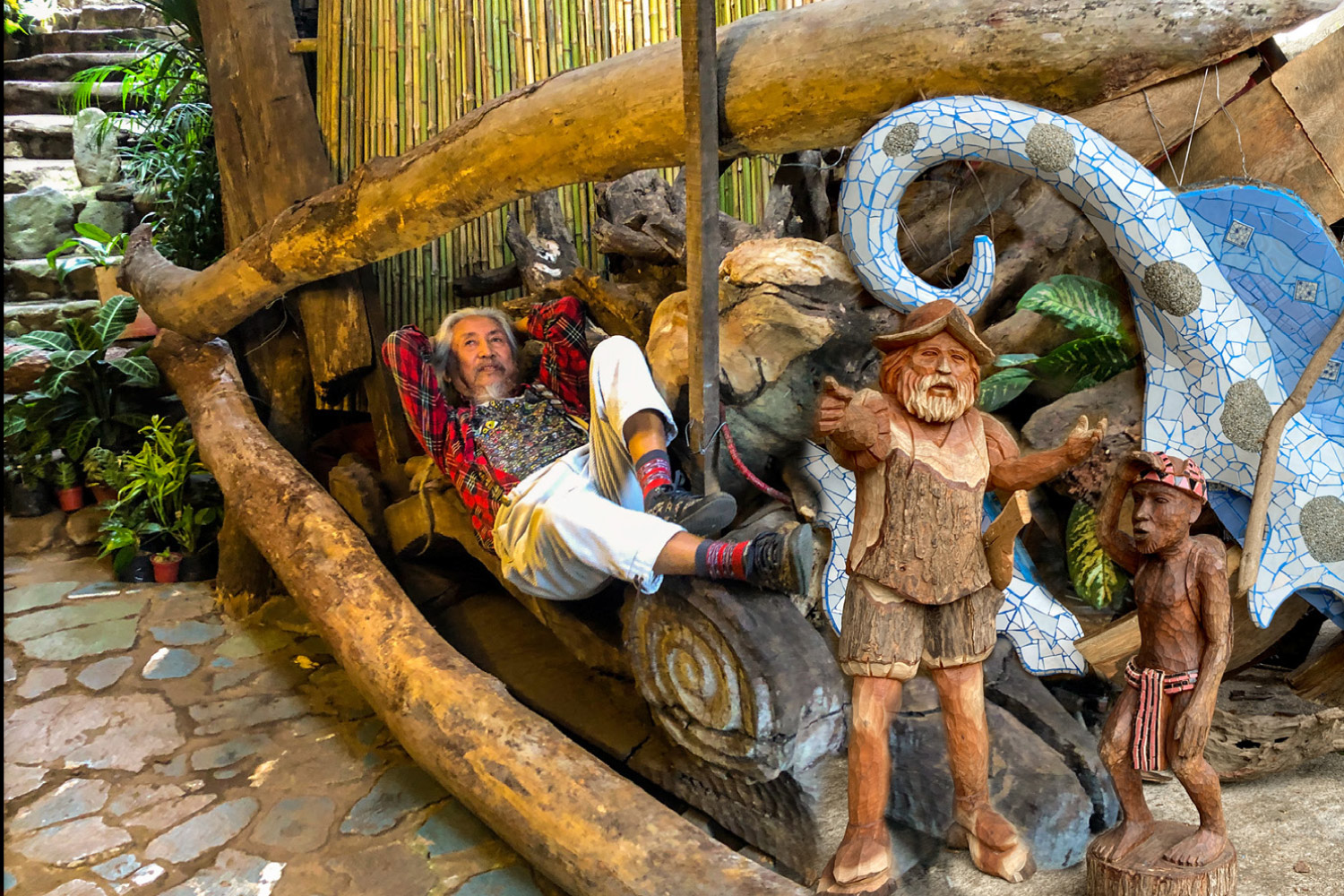 Until March 6 enjoy one of the most extravagant exhibitions of the year for free. At Palacio de Cristal in El Retiro Park, by artist Kidlat Tahimik, you can marvel at dozens of sculptures and works that tell stories of conquest and colonialism.

Tahimik's project, organized by the Reina Sofia National Museum, consists of recreating scenarios that reflect the resistance of the indigenous cultures of the Philippines through plastic installations. Some of them remind us of the surrealism of a premature Salvador Dalí.

Boats with explorers, indigenous people floating on top of turtles and birds or sailors with pelican faces are some of the scenes that we can observe. The viewer can even see statuettes of indigenous people in hieratic positions.

Born in 1942, Kidlat Tahimik studied economics and business in the Philippines and the United States and began his working life as an economist in France. However, Tahimik decided that the world of finance was not for him and threw himself into the world of acting, writing and performance.

In addition, Tahimik has been awarded several prizes such as the Berlinale International Critics' Award in 1977 or The Prince Claus Laureate Award in 2018. The statuettes are made with local artisan materials and the author employs practices related to the art ecosystem.

Tahimik calls for respecting and appreciating indigenous cultures and spreading them unceremoniously around the world.

Ready for a trip to the Philippines in the heart of Madrid? Don't miss this exhibition that will stimulate all your senses - welcome to the Palacio de Cristal in Madrid!