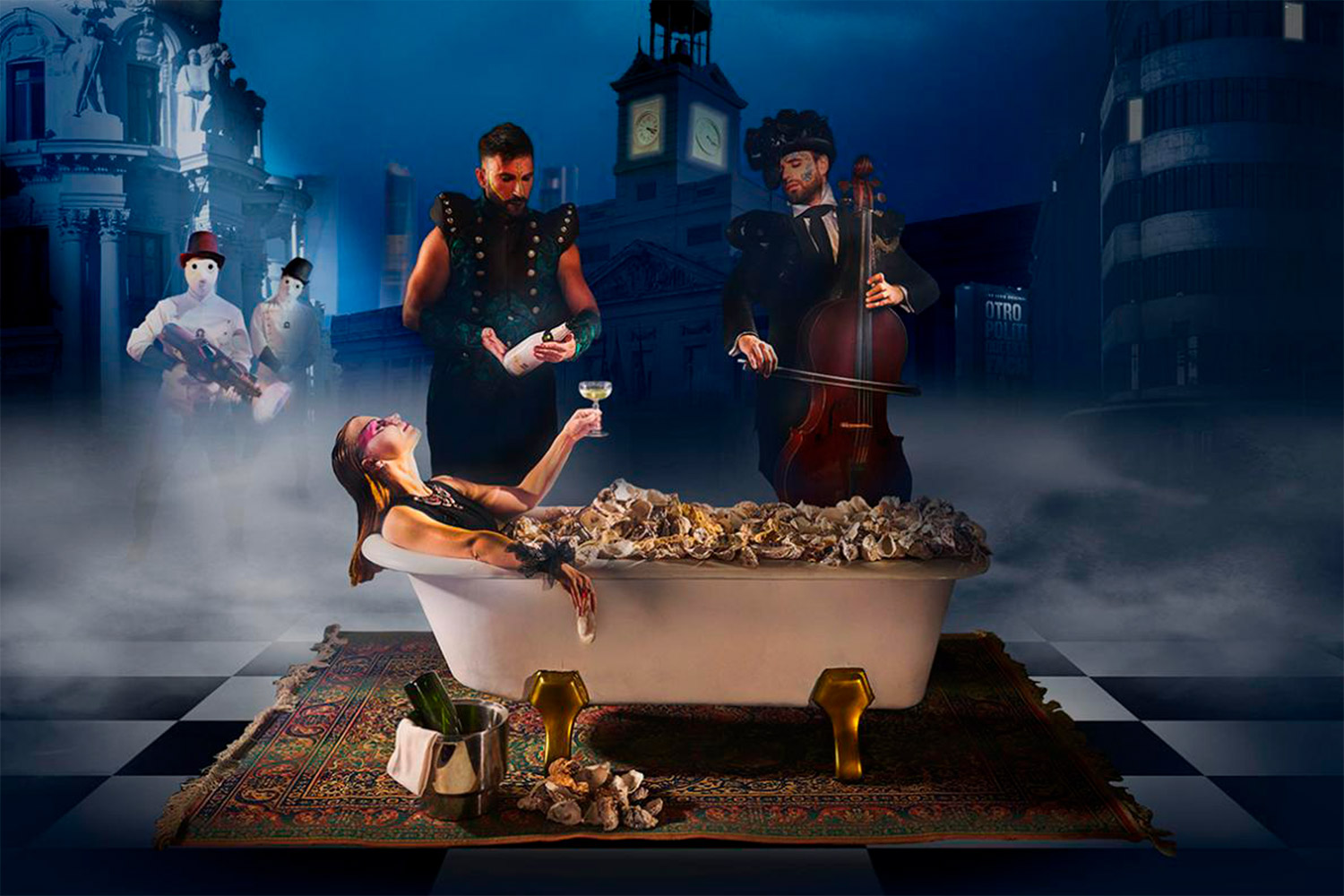 A new gastronomic show that will leave you impressed arrives in Madrid. WAH Madrid, the most surprising fusion of musical and gastronomic spectacle. A unique musical and culinary show in the world that offers its attendees an unforgettable immersive experience. Come to eat and have fun!

Ifema will host from October 7 this super-production inspired by the best Broadway or Las Vegas shows. An innovative format in which attendees will enjoy a musical staging while tasting food from around the world, served with authentic recreations, "show cookings" and other surprises. A great interactive experience that will end with a big party with performances and DJs.

The show simulates a future in which music has been banned. Upon arrival, attendees are led by members of La Resistencia to the Food Hall, a large space of two thousand square meters with up to 12 gastronomic stations. There you will find high-level cuisine, cocktails and the best ambiances and performances, which will give life to the different gastronomic stations: Mexican, Asian, Italian, American, etc.

After enjoying the Food Hall and its culinary variety, you will enter the WAH Theatre, where a musical show awaits you with the best musicians and artists of the moment. Singers, dancers and other cast members of musicals such as The Lion King or The Phantom of the Opera, lyric sopranos and tenors or international rock and electronic music artists: all of them will participate in a show of the highest level where new stage technologies will be the protagonists.

After the musical number, you can come back to enjoy the food and shows in the Food Hall, as well as attend a real afterparty, where DJs and other artists will put the finishing touch to this immersive experience lasting up to 5 hours.

The show is set to become the best show in its category in the world, which will captivate the audience. Don't miss WAH! Unrepeatable!