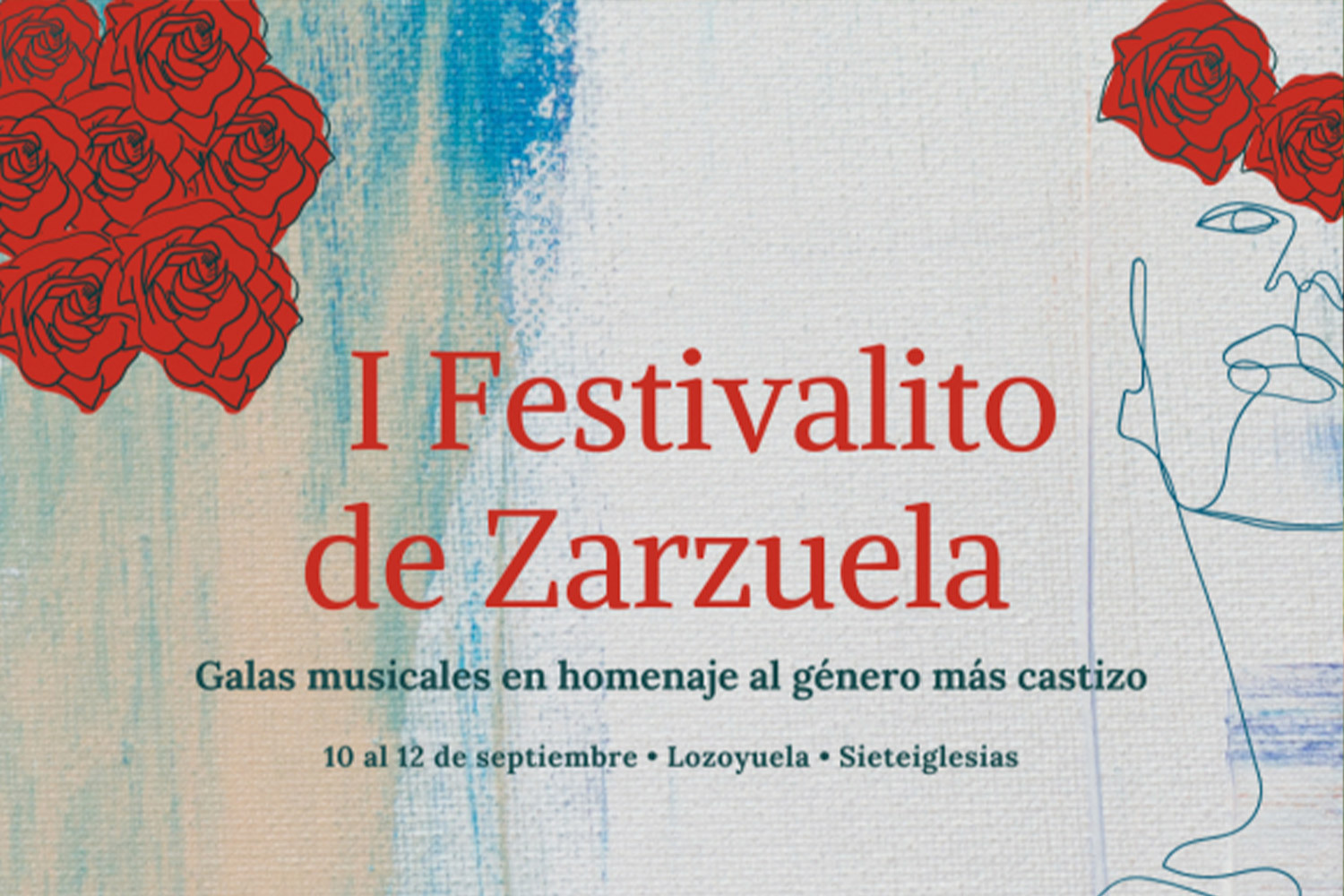 On September 10, 11 and 12 the I Zarzuela Festival of Lozoyuela-Navas-Sieteiglesias will take place, a commitment to the promotion of rural culture that will fill the most unique and touristic enclaves of this municipality of the Sierra Norte de Madrid with musical galas of the most traditional genre of the Spanish lyrical tradition, the zarzuela.

This first edition of the festival will have four musical events located in three very particular scenarios: the church of Santa Cruz in Navas de Buitrago, where the festival was presented and inaugurated last July; the medieval necropolis of Sieteiglesias and the Plaza de la Constitución of Lozoyuela.

The event will thus be a fusion of tradition, culture and history and will divide the performances into two formats: zarzuela by day, which will be free open-air concerts in Lozoyuela's Plaza de la Constitución; and intimate zarzuela, which will require the purchase of tickets to enter closed venues.

On September 10, at 21:00, there will be a solidarity concert with candlelights by Ensemble Ars Intima, a band dedicated to musical pedagogy through their recitals. The profits will go entirely to Cruz Roja Sierra Norte de Madrid and the chosen location is the medieval necropolis of Sieteiglesias.

Excavations have dated it around the ninth and eleventh centuries and the site is associated with the repopulation of Christian communities of that period. The recital that will take place there will be of Goyaesque style, with works by the Italian composer and cellist Luigi Boccherini, known for his gallant style, who settled and was inspired in Madrid at the end of the 18th century.

The show will be free and wants to commit its attendees to the purchase of two candles at a price of € 2 each, which will go to the Red Cross.

On September 11, the main event of the festival will be the Gran Gala Lírica de Zarzuela, in the Plaza de la Constitución of Lozoyuela. The Orquesta del Real Coliseum Carlos III de El Escorial will be in charge of performing the most important pieces in the history of Spanish zarzuela.

It will be conducted by Manuel Tévar and with the soloist voices of soprano Fátima Naranjo and tenor Gregorio Díaz. The Coral Alegría, a choir formed by young people between 14 and 22 years old, will be supporting the recital. The concert will begin at 21.00 hours.

On Sunday morning, September 12, the closing concert will be at 12.30 noon, with the string soloists of the Carlos III Orchestra performing classical zarzuela pieces adapted to wind quartet. The place will also be the Plaza de la Constitución in Lozoyuela and the entrance this time will be free until full capacity is reached.

Let yourself be seduced by the magic of live zarzuela and do not miss out these summer evenings full of the best Spanish art.