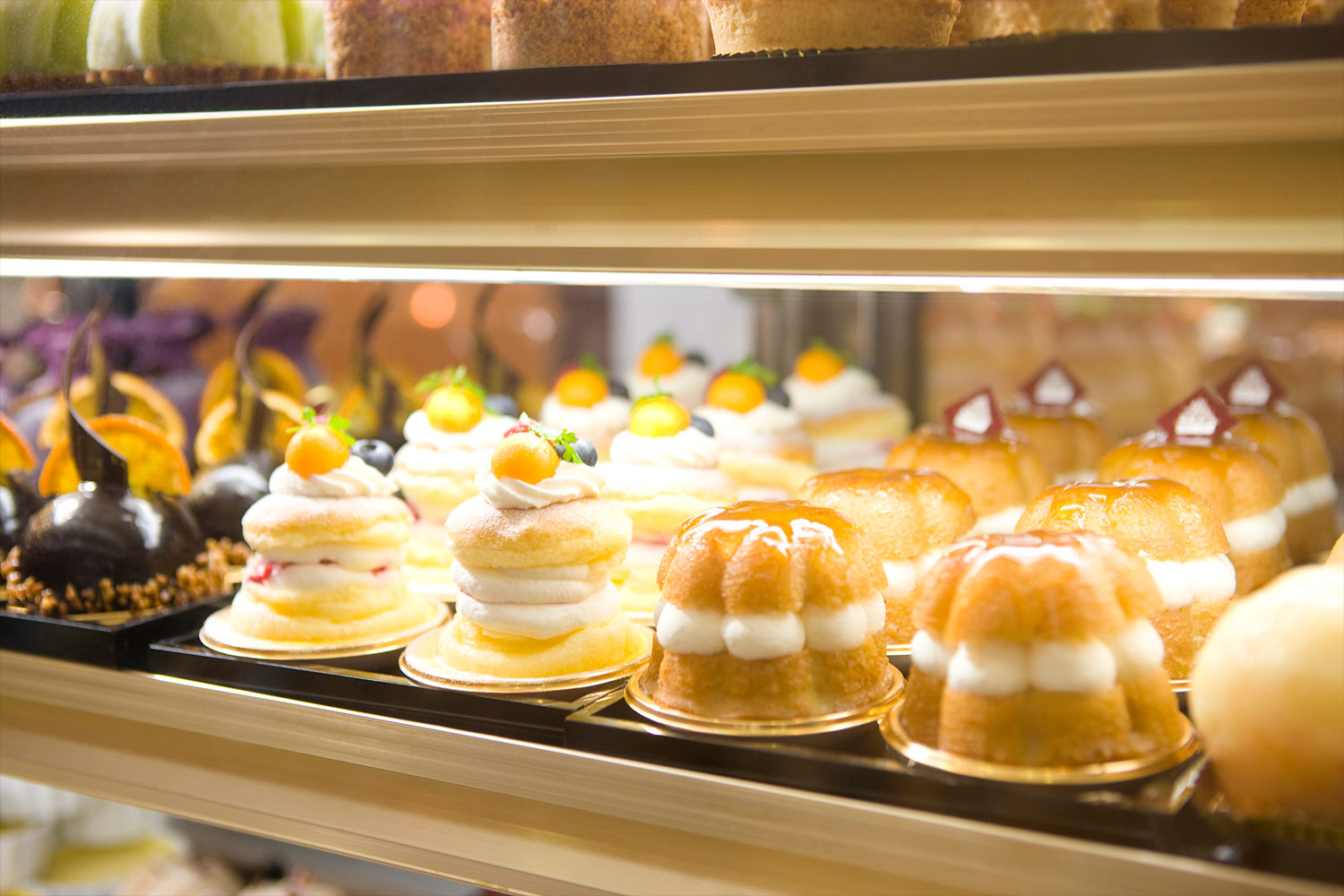 The sweetest route in Madrid

Those with the sweetest tooth always have room for a sweet dessert, and even more so if it is a Christmas dessert, a classic, handmade and made in a century-old bakery... Because if for more than a hundred years people have chosen not to miss these bakeries, who are we to contradict them?

That is why we invite you to take the sweetest tour of Madrid: a route through its most legendary patisseries, where you can enjoy the smell and taste of polvorones, turrones, mantecados, roscones de reyes, chocolate with churros, marzipan, hojaldres... If just hearing these typical sweets makes your mouth water, point out these places with more than 100 years of history behind them:

La Mallorquina
Coll, Ripoll and Balaguer founded this cake shop that owes its name to the origin of its owners. For this reason, and following the tradition of their birthplace, the star product of the time was the ensaimada, which they still sell with great success. But, what really captivated the people of Madrid was the taste of their mythical Neapolitan pastries and that is... who can resist one of them when it passes through the Calle Mayor?

Casa Mira
After six generations, the Mira family continues to offer the people of Madrid their cakes and nougats. Its founder, Luis Mira, was the supplier of sweets to the Royal House during the reign of Isabel II. Casa Mira is the only nougat factory that exists from the middle of the 19th century, and due to its acclaimed reputation, its products are exported both inside and outside our country. A delight for the most demanding palates.

La Antigua Pastelería del Pozo
Since 1830 the Agudo family has been making their famous handmade puff pastries, Cadiz bread, roscones and turrones in this bakery. Despite the various reforms of the premises, the furniture is the original from the time when it was founded. The name comes from the street where it is located: Calle del Pozo number 6, where there was a belief that it was the location of a well that worked miracles by housing the relics of some saints.

El Riojano
Dámaso de la Maza, "El Riojano", has been sweetening the capital with his creations since 1855. It is a bakery that has gone from bosses to employees since it was founded and whose C-shaped and lemon-flavoured sweets are served during the Council of State. The "El Riojano" bakery respects the typical sweets of the capital, adapting itself to the calendar of Madrid's festivals. Therefore, depending on when you visit it, you will be able to taste "roscones de Reyes", "panecillos de San Antón", "rosquillas tontas y listas", "azucarillos de San Isidro", "huesos y buñuelos de santo" or "la corona de la Almudena".

L’hardy
This bakery, created in 1832, was known in the capital for its Swiss products. Seven years later, they expanded their use by also offering a restaurant where you can taste exquisite dishes. It became a place of worship for the people of Madrid, where politicians and intellectuals met. When you open its doors, you will return to the past, as it maintains the typical aesthetics and furniture of the time when it was opened.

Viena Capellanes
The Vienna Bread was patented and produced exclusively by this bakery for more than ten years. It was established in 1873 in the former Chaplain's House and from the combination of these two facts its name was born. This bakery managed to become one of the first suppliers of the Royal House. Nowadays, you can enjoy various Vienna Chaplains all over the capital, due to the franchise character of their brand.

Ready to start the route? We are sure that it will leave a good taste in your mouth.