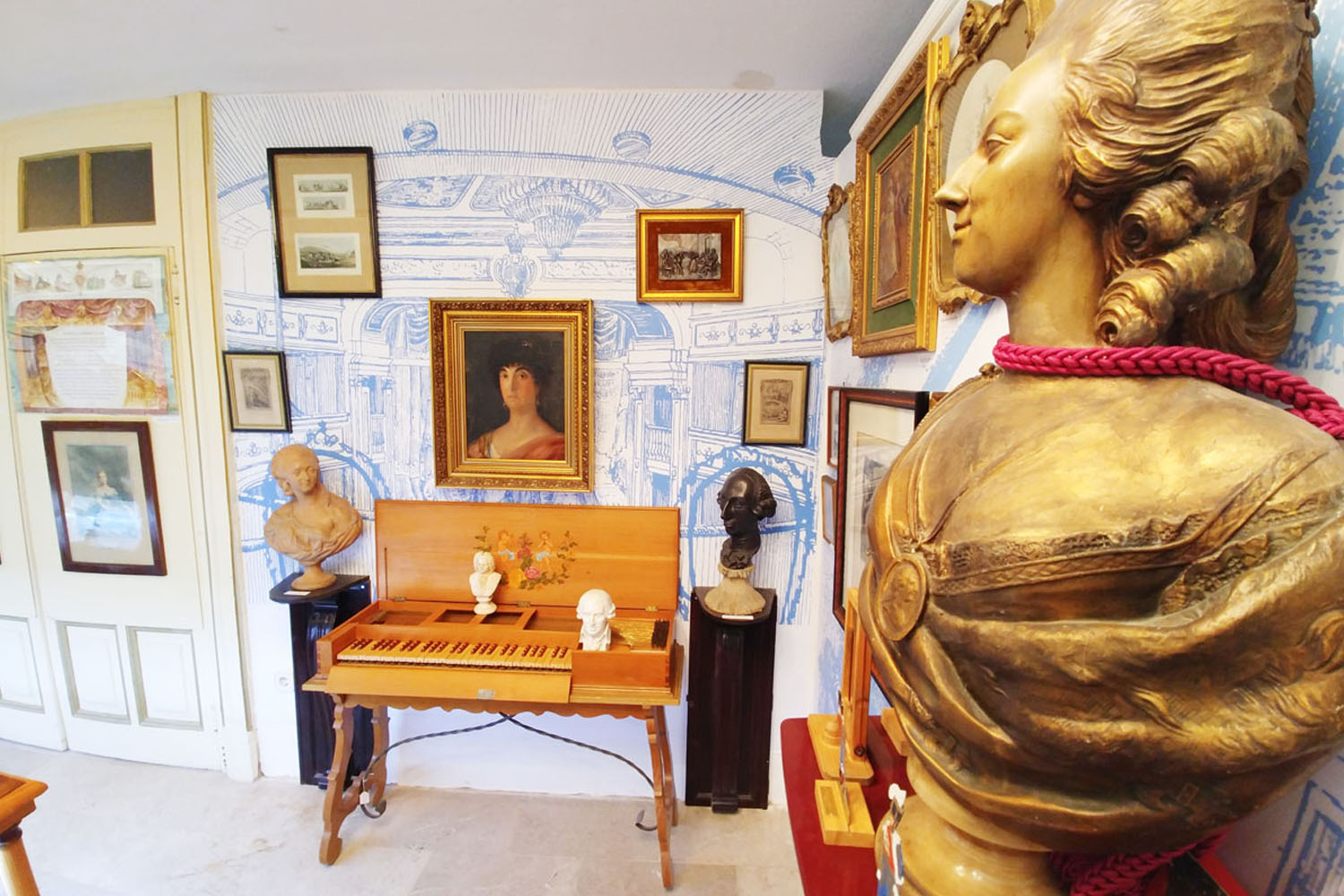 This week we propose you a visit to the Museum of the Real Coliseo Carlos III, in San Lorenzo de El Escorial. Declared an Asset of Cultural Interest in 1995, it is the oldest covered theatre museum in Spain that still exists, a unique building in which a great artistic and musical life takes place. A cultural day in a space, located in a city declared a World Heritage Site, that you cannot miss.

This museum covers the 250-year period of existence of the Coliseo Teatro Carlos III, which began its journey back in 1770 and is still active today. The origin and location of this one, is in the denominated Residence of the Comics, annexed to the Coliseum.

All the artists, creators and staff, left their mark on it through time, with photographs, paintings, sets, sculptures, figures, costumes, musical instruments, scores... We can also see their evolution through technology during different periods, with objects such as theatre machines, historical radios, records, and of course artistic documents that accredit all the work of creation and representation that was done there, and that continues today.

The history is divided into eleven spaces that can be visited within the exhibition; its birth in 1770 and the rebirth of the Coliseum (1972-1979); the period from 1771 to 1900; the gallery of the artists and programs; the offices and dependencies of the Coliseum; sets and scenographies; discotheque and radio rooms; the library and the projection room; theatre machines and costume room, as well as three more rooms, dedicated to different relevant periods from the beginning of the 20th century, until today.

We must not lose sight of the documentary being shown during the visit, based on the original unpublished script by the playwright Francisco Nieva, which compiled the history and life of this magnificent Royal enclosure, so that we can discover the wealth and cultural heritage treasured by its walls.