Home/ Featured/ Route of the Bunkers in Los Molinos 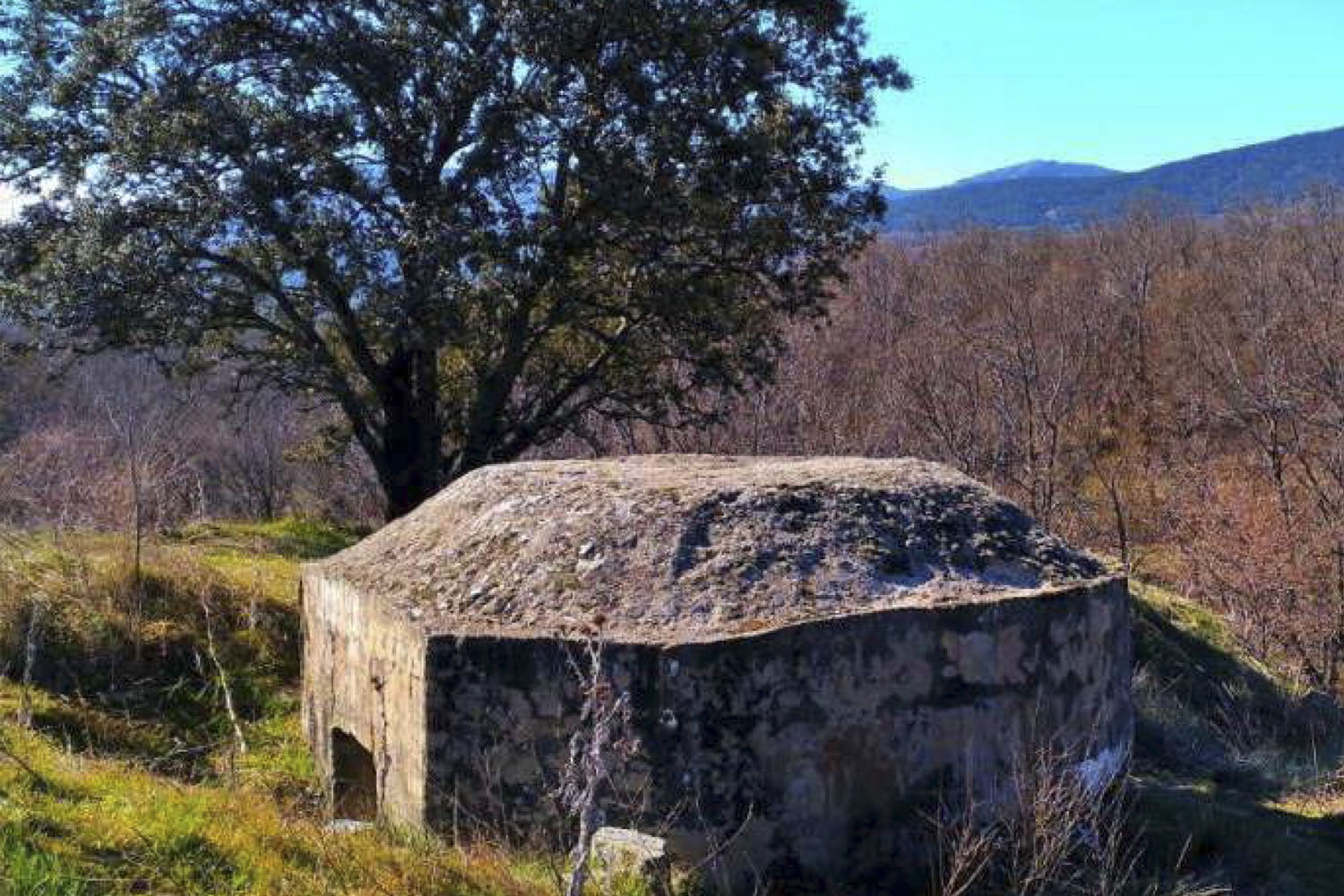 The Sierra de Guadarrama was one of the most active and stable fronts during the Civil War. That is why, from 1937 to 1939, numerous bunkers were built along it, being the ones located in Los Molinos one of the best preserved. We encourage you to visit 10 of them, on a route in the middle of nature, which combines outdoor activities with history. Put on your boots and come to Los Molinos.

Los Molinos offers you many routes that allow you to walk the paths of the Sierra de Guadarrama from different points of view: quarries, nature, pastures, history... Among them, the Route of the Bunkers stands out, which goes through 10 of these military fortifications, which were in the second line of defence of the Republican side. The ones we will find are in a great state of conservation, because they never went into battle.

The proposed route, 7.4 km long, has a moderate difficulty (overcoming about 500 meters of unevenness) and can be done in about 3 hours. It is a route suitable for children, and as it is a linear route you have to count the time you return. The route is divided into 2 sections, the first of 4 kilometres is practically flat and can be done in about 90 minutes. The second section of 3,4 kilometres is more mountainous and goes into the area of La Peñota, a place of great natural value and beauty.

The tour will allow you to see 10 fortifications built with cement and reinforced concrete, with walls between 50 and 100 cm thick. On the perimeter of the entire circular construction there are embrasures that allowed soldiers to shoot. On the outside, stones from the area of the Sierra de Guadarrama were added to provide protection and camouflage. The existing bunkers in the first part of the route, the one closest to Los Molinos, date from the end of the Civil War (1938-1939), while the last ones in the area of La Peñota were built in 1937 and are a little worse off.

Now, all that remains is for you to mark a day on the calendar and prepare a day full of Nature, history, heritage and culture. After the route you will surely feel hungry and in Los Molinos you will find restaurants that will allow you to recover your strength and rest. Come, we are waiting for you!

More info: Route of the Bunkers in Los Molinos