Home/ Featured/ The 13 essentials of the Sierra de Guadarrama 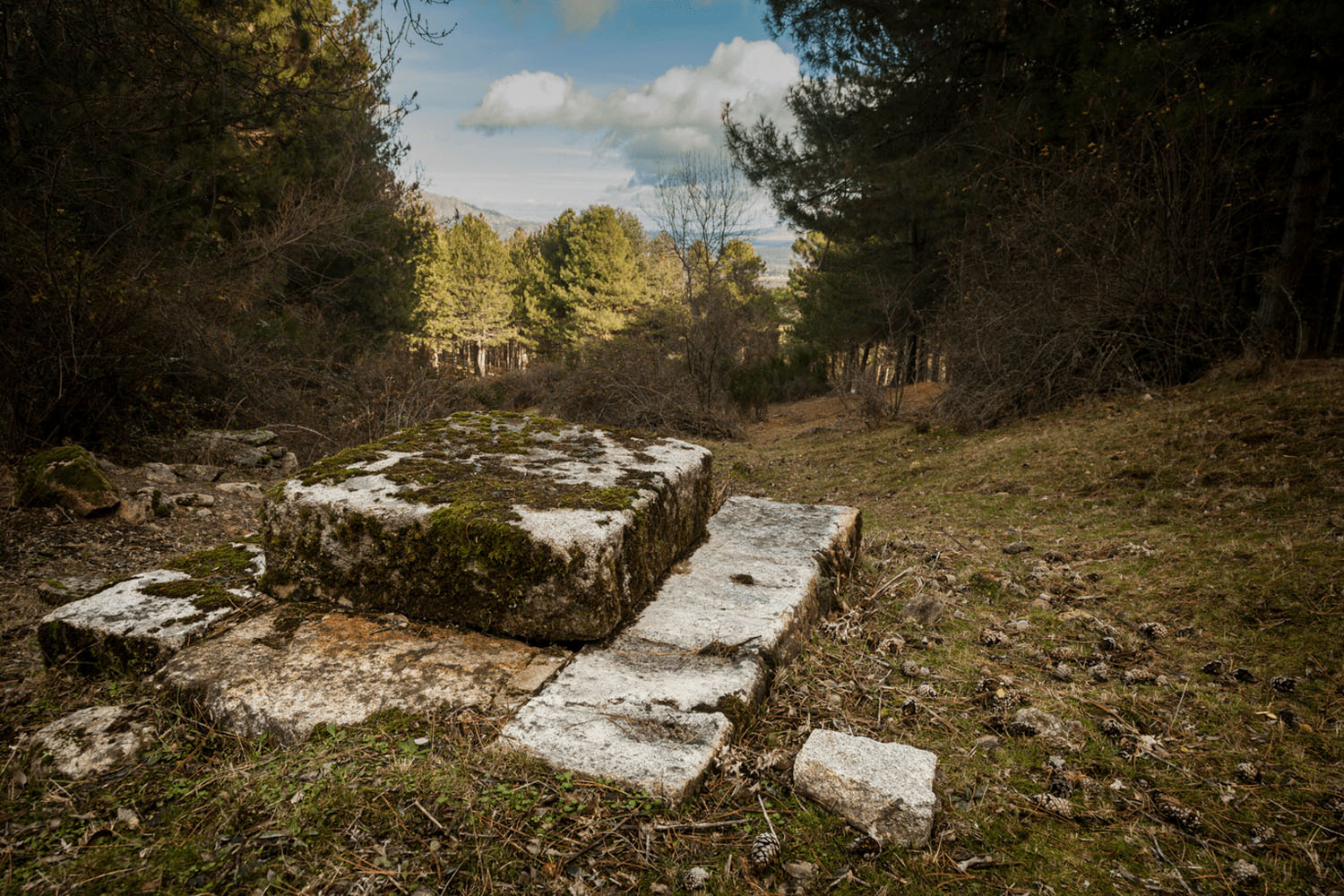 Surely you know the Sierra de Guadarrama, or maybe you don't. If you do not know it, below you will find a route, which will allow you to know a unique corner in each of the 13 villages that are part of the route. If you know it, we are sure you will be surprised. This route, which was chosen as the Route of the Year 2018 by users of the Turinea portal, will allow you to discover not only the natural value of the area, but also archaeological sites, museums, castles or simply the charm of the mountain villages.

El Valle de La Barranca. Navacerrada
One of the jewels of hiking, in the Region of Madrid, which will allow you to enjoy countless signposted paths through pine forests and riverbanks. The other great protagonist of the Barranca Valley is the water, thanks to its innumerable rivers and springs. Dare to discover the natural wealth through the paths of the Barranca.

La Maliciosa y la Sierra de los Porrones. El Boalo, Cerceda y Mataelpino
La Maliciosa, at 2,227 metres above sea level, reigns the landscape in this area of the Sierra de Guadarrama and is visited by hikers and mountaineers. Put on your hiking boots and choose your routes, or enjoy the plans offered by local companies to enjoy nature in a different way.

Castillo de los Mendoza. Manzanares el Real
The castle, in the Elizabethan Gothic style, is an important example of 15th century Castilian military architecture. It has an Interpretation Centre, an audio-visual room and a recently added Renaissance garden. Come and enjoy the dramatized visits that will allow you to discover the castle, and some curious stories about its ancient inhabitants.

Paseo Anillo Verde. Soto del Real
The Soto del Real 'Green Belt' consists of 5km that allow you to enjoy a quiet walk while doing other kinds of activities: botanical observation, sports activities or contemplate the popular mountain architecture. The route has self-guided information signs and a high level of accessibility.

Escultura del Álamo: cita con la poesía. Miraflores de la Sierra
In the time of Charles III, a tree was planted in every town square as a symbol of life. In Miraflores de la Sierra a poplar was planted that lived for three centuries until the 1980s. After that, it was decided to create a sculpture that would commemorate the poplar to which Miraflores' most illustrious neighbour (Nobel Prize winner Vicente Alexandre) dedicated the poem "El Álamo".

Aldea Visigoda de la Cabilda. Hoyo de Manzanares
Outside Hoyo you will find this 7th century Visigoth site, completely accessible and with a spectacular view. At the site you can visit two buildings that will allow you to learn about the lifestyle of the late Middle Ages, including grinding stones, pottery, jewellery ... Cheer up, the site is fully signposted and has information panels that allow you to manage the visit just like you want it.

Atarjeas y arquetas de los Manantiales de Robledo. Moralzarzal
On the slopes of Mount Robledo, a series of streams were created that collect and channel the water from the springs into a large pipe that carried the water to Moralzarzal. Nowadays you can still see some of these water tanks and the remains of the great pipe. A pleasant walk that will allow you to learn more about the Islamic hydraulic tradition in the Region of Madrid while enjoying nature.

Embalse de Majalespino, el secreto de Becerril de la Sierra
The reservoir of Majalespino, besides providing drinking water to Becerril de la Sierra, is one of the traditional stopping points for mountaineers on their way to the Maliciosa. It is an area of great natural value, full of woods, cattle pastures, granite quarries and an endless number of paths that will allow you to go hiking, horse riding or adventure tourism.

Posada romana Miaccum. Yacimiento Arqueológico El Beneficio. Collado Mediano
The Miaccum site was located on the Roman road that links Titulcia to Segóbriga and runs through the Sierra de Guadarrama. In the ruins of the inn, which was active between the first and fourth centuries AD, you can see its architecture, the bedrooms and the hot (Caldarium), warm (Tepidarium) and cold (Frigidarium) water baths. The site has an interpretation centre and there are guided visits.

Plaza de la Villa: la cita con la piedra. Alpedrete
Alpedrete is a village linked to stone, so much so that it gives it its name. With these stones, numerous buildings were erected. In the Plaza de la Villa the Town Hall and the church of the Asunción de Nuestra Señora, a typically Castilian church-fortress, stand out. The Alpedrete quarries are no longer being exploited and are now eligible to be named a UNESCO Biosphere Reserve. The quarries and stone architecture of Alpedrete well worth a visit, don't you think?

Tras las huellas de la Guerra. Guadarrama
The Sierra de Guadarrama, as an area of passage, became the scene of the Civil War at present there are still remains of the conflict, such as the many bunkers that you can find walking its natural heritage and in the area of Guadarrama are in an excellent state of conservation.

Iglesia de la Purísima Concepción. Los Molinos
The church of the Purísima Concepción is one of the most notable religious buildings in the Sierra de Guadarrama. It stands out for its baroque altarpiece, its religious architecture and its baroque sculptures. Don't forget to contemplate its architecture and its bell tower as you walk through the streets of Los Molinos.

Museo del Esquí 'Paquito Fernández Ochoa': la cita con el deporte alpino. Cercedilla
Cercedilla is the origin of skiing in the Region of Madrid, as since 1915, skiers have been sliding down the slopes of the port of Navacerrada. In the Ski Museum you will find the past and present of this sport through objects, photographs, interactive resources... And of course, the trophy room of Paquito Fernández Ochoa, the only Spaniard to win a gold medal in the 1972 Sapporo Olympic Games.

Do you like the plans we presented to you? Then choose the plans you prefer and enjoy the Sierra de Guadarrama. During the tour you can enjoy a large number of bars and restaurants that will allow you to enjoy the mountain cuisine, typical livestock products, adventure companies or accommodation that will make you enjoy the visit in a big way. We are waiting for you!

More info: The 13 essentials of the Sierra de Guadarrama