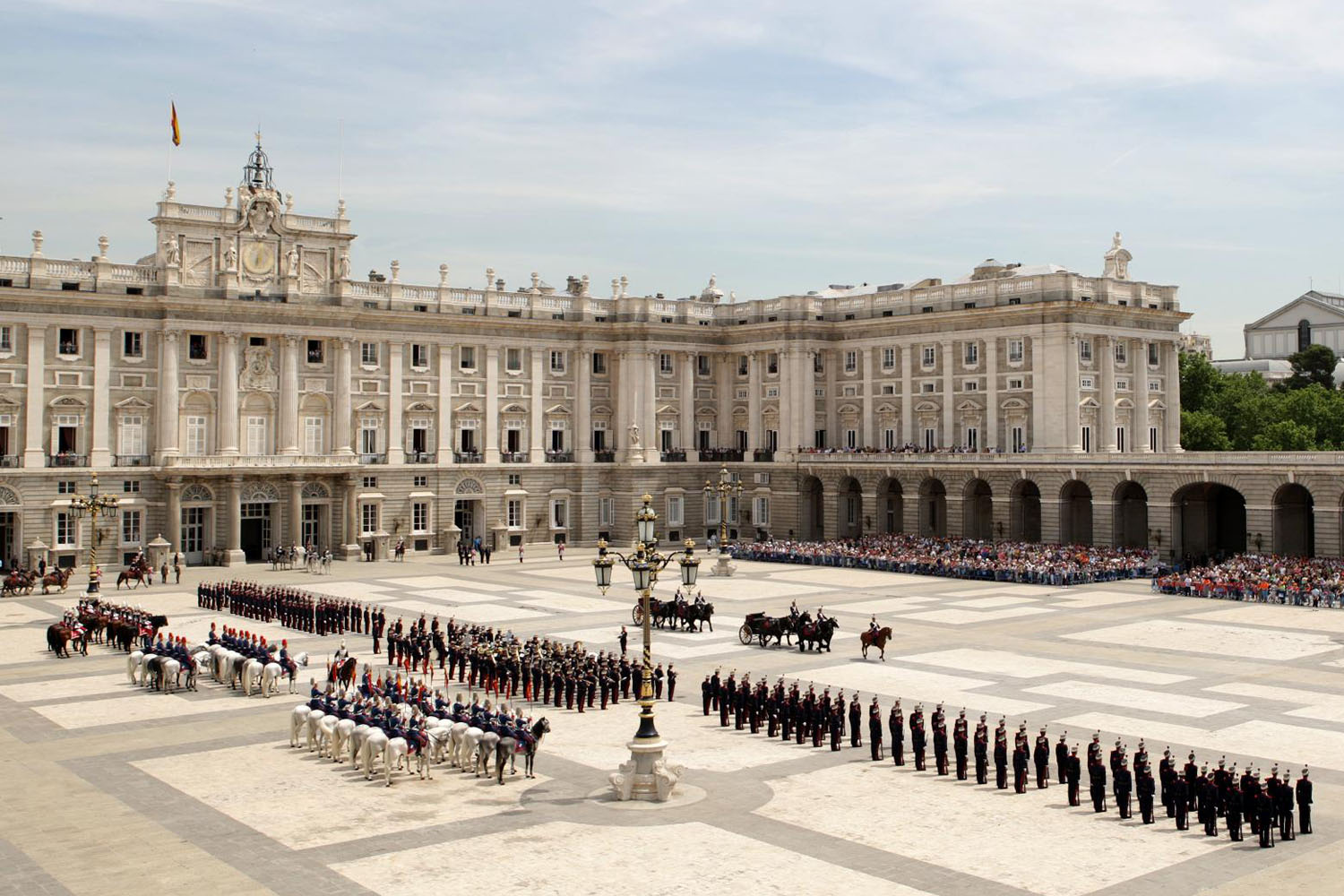 If you have not yet witnessed the 'Changing of the guard and Solemn Changing', we encourage you to enjoy this show, before the summer break. The Royal Guard, with the aim of recovering the traditions of the Troops of the Royal House, gives us the opportunity to see this parade, which is accompanied by the Music Unit. Below we reveal you all the details...

Enjoy the ceremonies offered by the Royal Guard, which was the official residence of monarchs, and currently hosts official events, we are talking about the Royal Palace, a real architectural jewel in the heart of the capital.

Solemn Changing of the Guard at the Royal Palace in Madrid

On the first Wednesday of each month (except the months of January, August and September), at 12 o'clock in the morning, the 'Relevo Solemne de la Guardia Real' (Solemn Changing of the Royal Guard) takes place, an act that commemorates the one that was done daily in the times of the kings Alfonso XII and Alfonso XIII.

This event takes place in the Plaza de la Armería, and for approximately 50 minutes, you will see the troops, dressed in the traditional gala uniform of the Royal Guard, in red, blue and white.

The Music Unit accompanies the act with military marches and usually offers a concert to finish the changing.

The Royal Guards on foot adopt the position of 'attention!' and matching their movements with those of the sentinels on horseback, make exchanges of the position they occupy. Every 30 minutes there will be the relay of the posts of sentinel on foot, and on horseback.

Two curious shows that enjoy very good acceptance among the public, so if you want to see it in the front row, we recommend you to attend in advance to get a good place, as both appointments are free.