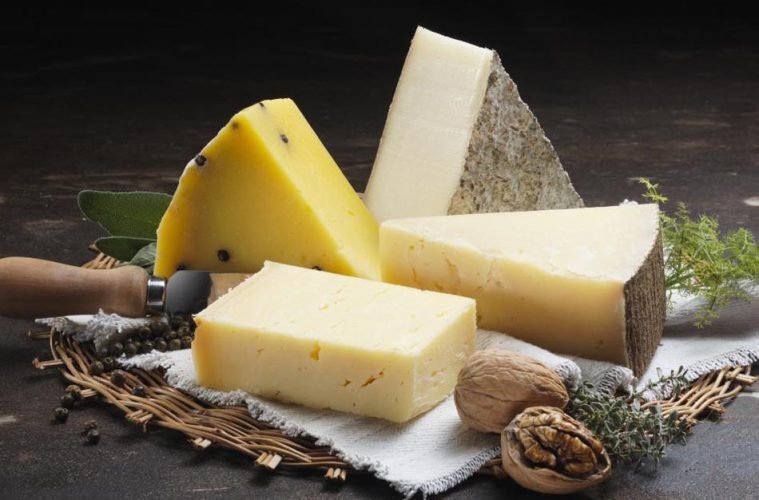 Cheese lovers are in luck, since the region of Madrid has five routes and 29 handmade cheeses, which you can identify on the website 'Madrid Rutas del Queso', in which you can easily read through the 14 municipalities of the Community that host cheese dairies, grouped into five areas: the countryside, the region of Las Vegas, the region of Torrelaguna, the Sierra de Guadarrama and the Sierra Oeste.

Most of the cheese dairies included in the routes are artisanal and family-run. In fact, in many cases, the raw material comes from animals that they raise themselves, which directly influences the quality, a quality that has been awarded with different recognitions.

Thus, seven of the cheeses presented have been awarded prizes and more than twelve have the certified mark M Certified Product, a guarantee of their quality.

Sierra de Guadarrama is a gastronomic enclave known for its beef and its pure goat cheese, which is made with milk from the Guadarrama goat species. In Miraflores de la Sierra you can find La Laguna cheeses, both goat and sheep, and also Peña Gorda goat cheese, cured and semi-cured. Also typical are the semi-cured cheese Embrujo de la Sierra, from Colmenar Viejo, the cheese Peña Rubia, made in Guadalix de la Sierra, and the Santo Mamés, made in Navarredonda and San Mamés only with goat's milk.

For their part, the cheeses from the Campiña area are made mainly with sheep's milk. This is the case of Campo Real cheeses, which offer soft, semi-cured and cured products of the Assaf breed. In Fuente el Saz de Jarama, the Albe group produces Villalón cheese, mainly made from cow's milk, and a Burgos cheese.

In the Comarca de Torrelaguna you will find La Pastora cheeses, in the municipality of Torrelaguna, goat cheeses of the Murciano-Granadina species that are made in fresh and semi-cured versions. In Torremocha del Jarama another fresh cheese, Helechal, also made entirely from goat's milk, is also produced.

In the Sierra Oeste, in Fresnedillas de la Oliva, La Cabezuela cheese won the Bronze Medal award at the World Cheese Awards 2015-2016. It is a soft goat cheese made with milk from the Cabra del Guadarrama breed of cattle. Also in this locality fresh cheese La Cabra de Botas, and the cheese Lingote Cremoso, also with native goats, are typically made.

We encourage you to discover all the cheeses through the individual cheese cards that you will find in this link, and even to taste them in situ, touring the region, which will surprise the most demanding palates.

A tasty gastronomic route through the Community of Madrid that we recommend you not to miss!