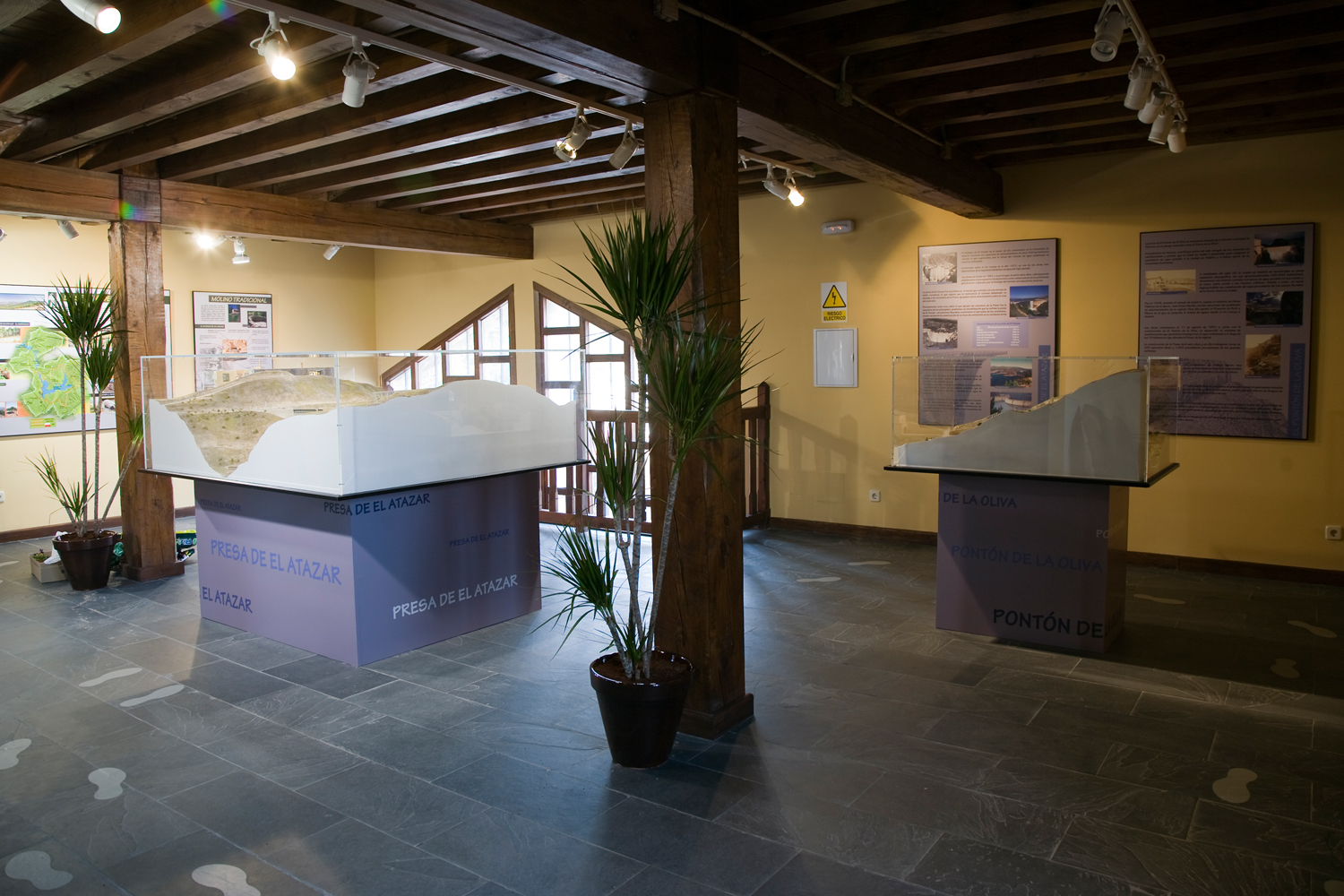 Come to the localities in the Madrid Mountains, thanks to the initiative 'Territorio Museo' del Embalse del Atazar ('Territory Museum' of El Atazar Reservoir). A different plan that lets you know thanks to eight museums, traditions and lifestyle of the eight Madrid towns that are part of the Commonwealth El Atazar Reservoir.

The Commonwealth El Atazar Reservoir was started in the year 2000 when a group of villages decided to share its interests to promote the development of the area. Located in the Lower Valley of Lozoya, this Commonwealth is now one of the most differentiated sub regions within the Sierra Norte of Madrid, where the Lozoya river and its waters become a landmark of great importance.

This project consists in that each municipality has created a thematic museum focusing on a specific aspect of the area. So you have the opportunity to learn more about the customs, traditions and way of life of eight municipalities with its eight museums.

The Museo de los Sentidos (Museum of Senses) in Cervera de Buitrago guide us through a sensory circuit in a nature tour; the Museo de la Piedra (Stone Museum) in Mangirón, located in the old municipal laundromat, show us different aspects of the laundromat, work in the quarries and the uses and applications of the stone; the Museo de la Fragua (Museum of the Forge) in Paredes de Buitrago, shows several elements related with the activity of the forge, and through a sound system will transport us to a forge fully functioning; in El Berrueco, the Museo del Agua (Water Museum) will tour the past, present and future of the hydraulic potential of the environment El Atazar Reservoir; inside the Museo y Parque de Juegos Tradicionales (Museum and Park of Traditional Games) located in Serrada de la Fuente will show us replicas of traditional games and in the outdoor area, we will find recreational areas where we will enjoy popular games like bocce or the frog; in Robledillo de la Jara the Museo de las Formas de Vida del Pasado (Museum of Ways of Life from the Past) will tour graphically different professions such as coal, blacksmith or beekeeper; the Museo del Aula Geológica (Geological Museum Hall) of Patones de Abajo, has information panels with different aspects of geology; finally the Las Eras de Trillar in the town of El Atazar, it is a park that includes figures and utensils of the activities that took place in the treating floor.

Enjoy the tourist offer of the Commonwealth El Atazar Reservoir.