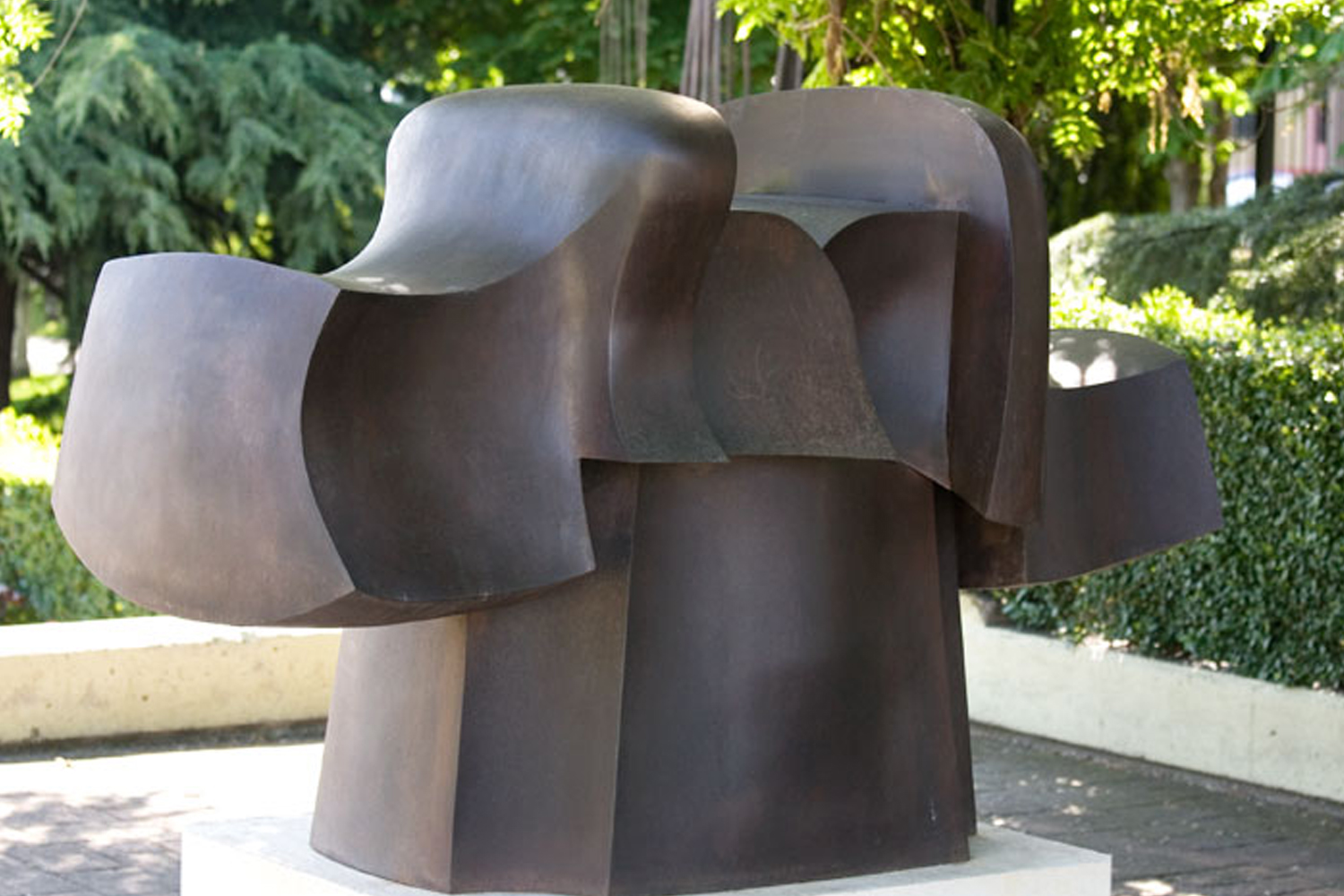 There's no better way to enjoy art than outdoors! We suggest three museums, quite different to the usual ones, where you will find works of art created in recent decades by prominent artists. We are referring to the outdoor sculpture museums of Alcalá, Madrid and Leganés. Discover these unique venues that can be visited at any time of day... or night!

We begin our route in the Museum of Public Art of Madrid. Aiming at creating an urban venue to bring abstract art -quite unknown until then- to the Spanish public, Jose Antonio Fernández Ordóñez, Julio Martinez Calzón and Eusebio Sempere suggested to erect an outdoor museum beneath the Eduardo Dato Street overpass, which was built in 1970. The open-air sculpture museum opened to the public in 1972, right at the heart of Paseo de la Castellana Avenue, although without an official opening ceremony due to the much debated location of one of its pieces: Chillida's work "The Stranded Mermaid" ('La sirena varada'). A nickname which was used by critics to mock the fact that Madrid's mayor ordered that it should rest on the ground because he thought it was too heavy to hung from the bridge, despite calculations made by engineers proving it was not.

The collection is structured in three levels, descending from the renowned Serrano Street through the aforementioned Paseo de la Castellana, to Eduardo Dato Street. You will find sculptures by artists such as Martin Chirino, Francisco Sobrino, José María Subirachs, Rafael Leoz or Miró, amongst others; murals by Eusebio Sempere or Gerardo Rueda; and, of course, Chillida's controversial sculpture which was eventually hung underneath the bridge on September 2, 1978. All this, in a pleasant setting with a waterfall, a pond and a garden area. Moreover, as it is open all day and it is well lit after the sunset, you have no excuse for not visiting it.

Very close to the capital, in the town of Leganes, you will find the Outdoor Sculpture Museum which celebrated its official opening in 2005, although it began operations in 1984. With an area of 27,000 square meters, the museum has expanded its collection thanks to the donations of avant-garde sculptors such as Susana Solano, Angeles Marco, or Tony Gallardo at the beginning of their artistic careers, as well as to the acquisition of works by renowned artists such as Victorio Macho, Pablo Serrano, Francisco Leiro, or Jose Hernandez, amongst others. At present, this unique museum provides a tour throughout Spanish 20th Century and early 21st Century sculpture. Located in the Dehesillas Park, it hosts various activities including lectures, concerts, guided tours and even workshops. Open and free access, from 8 am to 12pm. You can't miss it!

As we continue with our artistic route, we arrive to Alcala de Henares, where you will find the Outdoor Sculpture Museum. The sculptor José Noja started working on the project in 1991, and the museum officially opened to the public on August 24th, 1993. It is divided in two sections: one bordering the walls that protect the Archbishop's Palace, and the other running along the Via Complutense. With its 2 kilometres in length, it is considered to be one of the longest museums in Europe. Amongst the nearly 50 pieces in exhibition, you will mostly find works by Spanish sculptors such as Agar Blasco, Aizcorbe, Alberto Guzmán, Amadeo Gabino, Aurelio Teno, Beatriz Kohn, Berrutti, Camín, Carlos Evangelista, Carlos García Muela, Carlos Prada, or Carmen Castillo and others. A real tour that goes from figurative to abstract art, including cubism or conceptualism. Definitely a plan to consider if you decide to visit this town, declared a World Heritage Site by UNESCO in 1998.