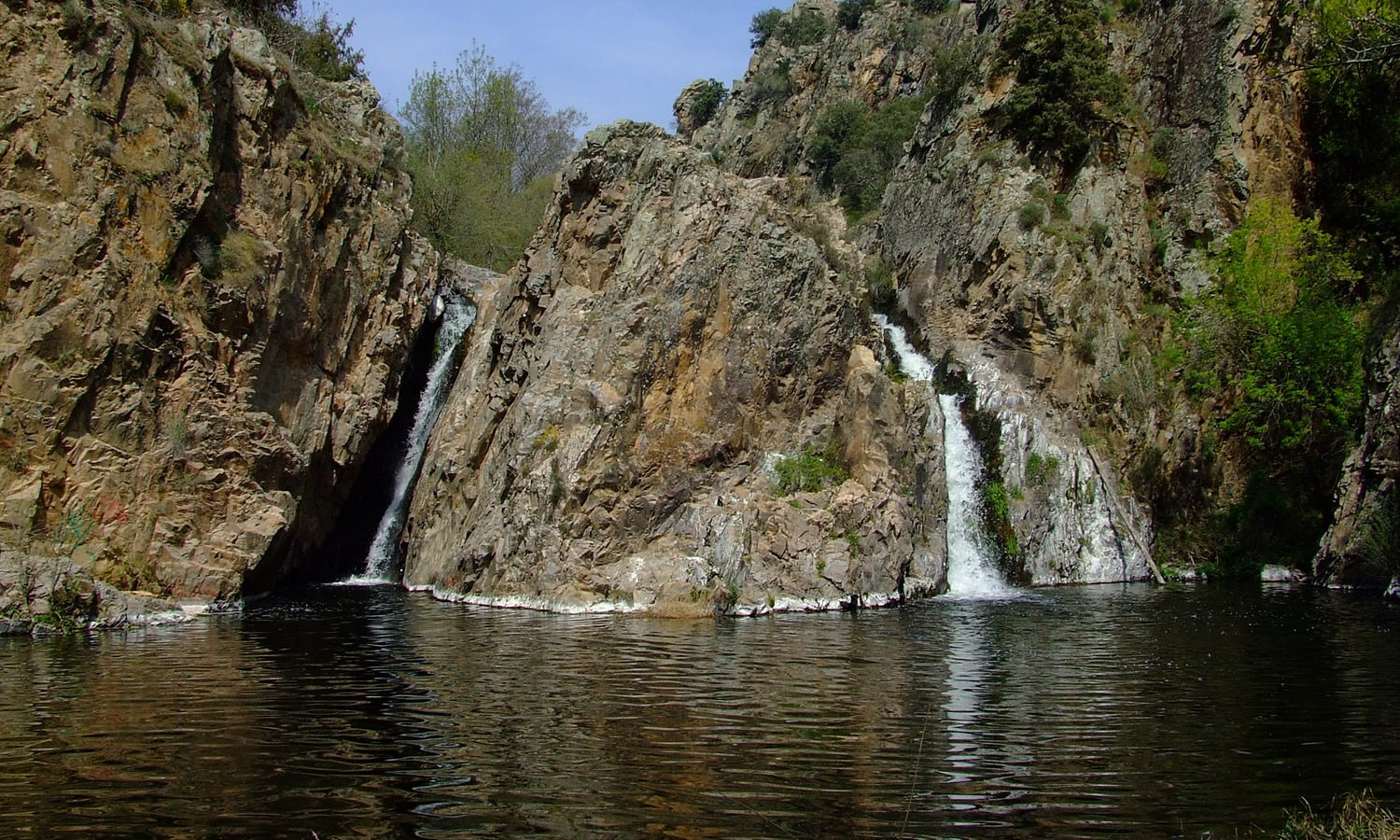 The best way of getting to know the municipalities of this county, is going through the A-1 road until San Agustín del Guadalix. This town is located on the foothills of the Mountain Ragnge, and once you arrive there and around the Guadalix river, you will find spaces of natural interest like the Moncalvillo Mountain and the Lagoon of the Ducks (Laguna de los Patos). The heritage of this town stands out due to the Church of St. Agustín of Guadalix from the 16th century, as well as the aqueducts of Sima and Retuerta, built in 1584 as part of the Infrastructure of the Former Canal de Isabel II. The festivals and traditions that are worth to mention are the patron festivals of the Virgin of Navalazarza and the Pilgrimage, and in February the "Quintos" (Juniors) Party. 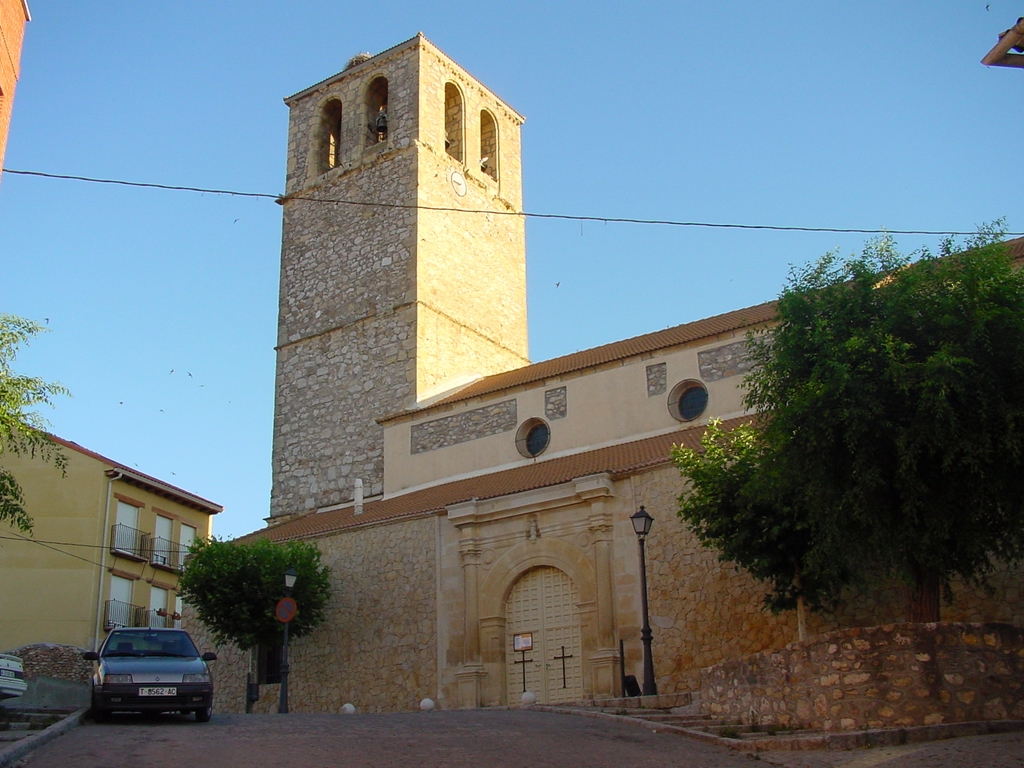 If we continue north through the A-1, only five kilometers away we find El Molar, a place traditionally related with the development of the route to France. It has an important tradition and, although it has expanded as a residence area due to the easy access to the capital, it also has a lot of interesting places to visit. The Wine Caves are one of these places. It is composed by more than a hundred wine houses carved in the hill that currently are used as restaurants. The Church of the Assumption, from the 15th and 16th centuries is also noted, as well as the Hermitages of the Loneliness, St. Isidro and the Virgin of the Whirlwind. Among the most important festivals, the Fiesta de la Maya has been declared of regional touristic interest.

Following the path through the A-1 we will find Pedrezuela. It is a municipality crossed by the Guadalix River and where the Pedrezuela Reservoir is formed, and it is known for the rotisseries specialized on the kid meat. Among the artistic heritage of this town we should mention the Church of St. Michael, from the 16th century. The patron festival and most popular traditions are St. Michael the Archangel (the patron), the Holy Christ of Mercy, Traditional Festival of the Heifer, which has been declared a party of regional touristic interest, and the "carta Puebla" that commemorates the anniversary of the foundation of the municipality. 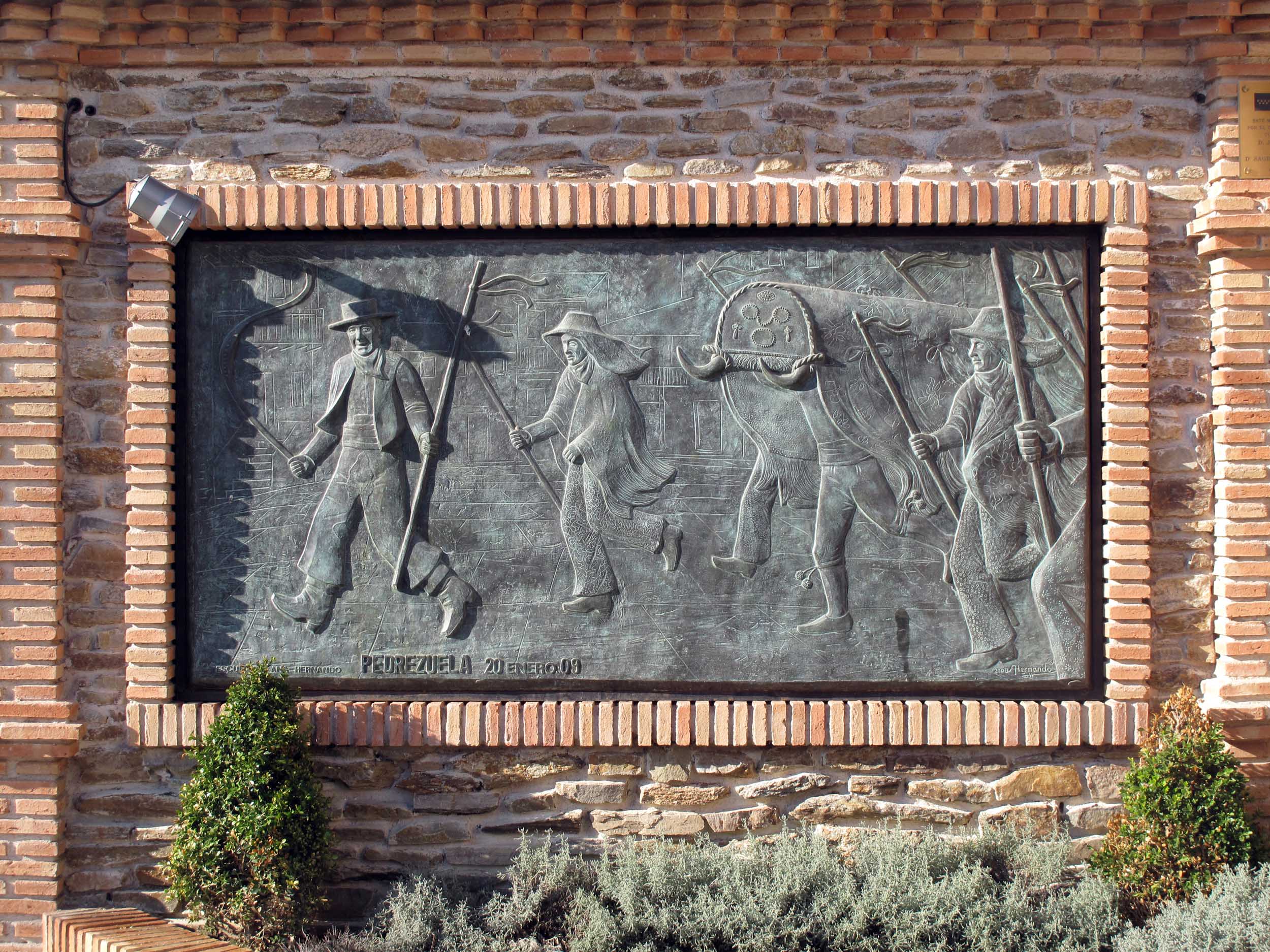 We keep going through the A-1, and now we deviate to El Vellón and we take the N-320, where we arrive to Valdepiélagos. Here the landscape alternates between Iberian oaks, oaks, elms and crops. Regarding the town, it still has the traditional rural typology with the characteristic houses, and it also has the Church of Our Lady of the Assumption from the 14th century. Its festivals are celebrated in St. Isidro and St. Roque, as well as in Christmas the live Nativity Scene.

We move towards the East 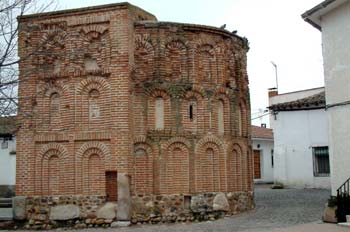 Getting back to the M-120 and after crossing the N-320, we reach Talamanca del Jarama, a locality with a great archaeological wealth, and it has the most important artistic heritage among the municipalities that surround the town. We must highlight the Apse of the Miracles, which is the remains of a Romanesque church, besides the Church of St. John, built between the 13th and 16th centuries. The party par excellence is the St. Blas (patron of the town) and the Virgin of the Holly Fountain.

If we follow the M-103, but southern, we arrive to Valdetorres del Jarama. It is a town with a large tradition, where there have been found Roman remains. The landscape alternates between crops and small urban developments that maintain the urban core without variations. The main artistic element is the Church of Our Lady of the Nativity, and the patron festivals of the Holly Christ of the Outrages.

If we continue through the M-103, we arrive to Fuente El Saz del Jarama, a town that during the last decades has experience an important development for both companies and population. This fact has modified the municipality, despite maintaining some rural construction, as well as its main artistic sample: the Church of St. Peter the Apostle. The most important celebrations are the Christ of Mercy (the patron of the municipality), St. Isidro and Carnival. 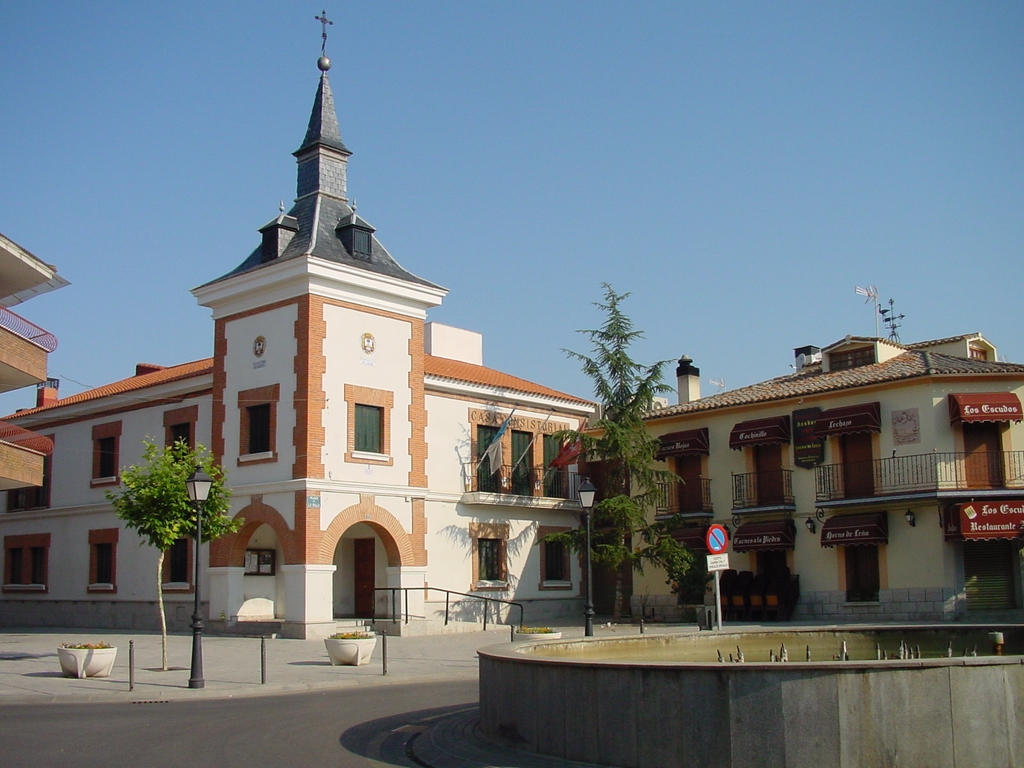 We turn off towards the East and we reach Alalpardo, a town that together with Valdeolmos composes a municipality with an important natural wealth, the Pastureland of the of the Blackberry, the Hill of the Olives and the Holm Oak Grove of the Mount. Regarding the artistic heritage, the Church of the Immaculate Conception of Valdeolmos, from the 19th century, stands out, as well as the Church of St. Cristobal of Alalpardo. The most important festivals are the St. Isidro and the Virgin of the Rosary.

South direction of the Basin

We go back to the M-123 and we reach Algete, a town with a great ambiguity and mainly agricultural until the last third of the 20th century. Currently it has become an industry town and services that has an important collection of religious art, such as the Church of Our Lady of the Assumption, from the 16th and 17th centuries. The most important festival is the patron party that honors the Holly Christ if the Hope.

Following the Southern route we reach Cobeña, a municipality that despite of having developed an important industrial growth, it has a pastureland that hosts a wide range of flora and fauna, besides the spring of the Barranco del Agua. Regarding the artistic collection, the Church of St. Cipriano stands out, from the 16th century. You can also visit some of its restaurants and you must taste the rabbit cooked in many ways, it is their specialty. The festivals of the Holly Christ of the Protection and the ones of the Holly Virgin of the Rosary are the most important. 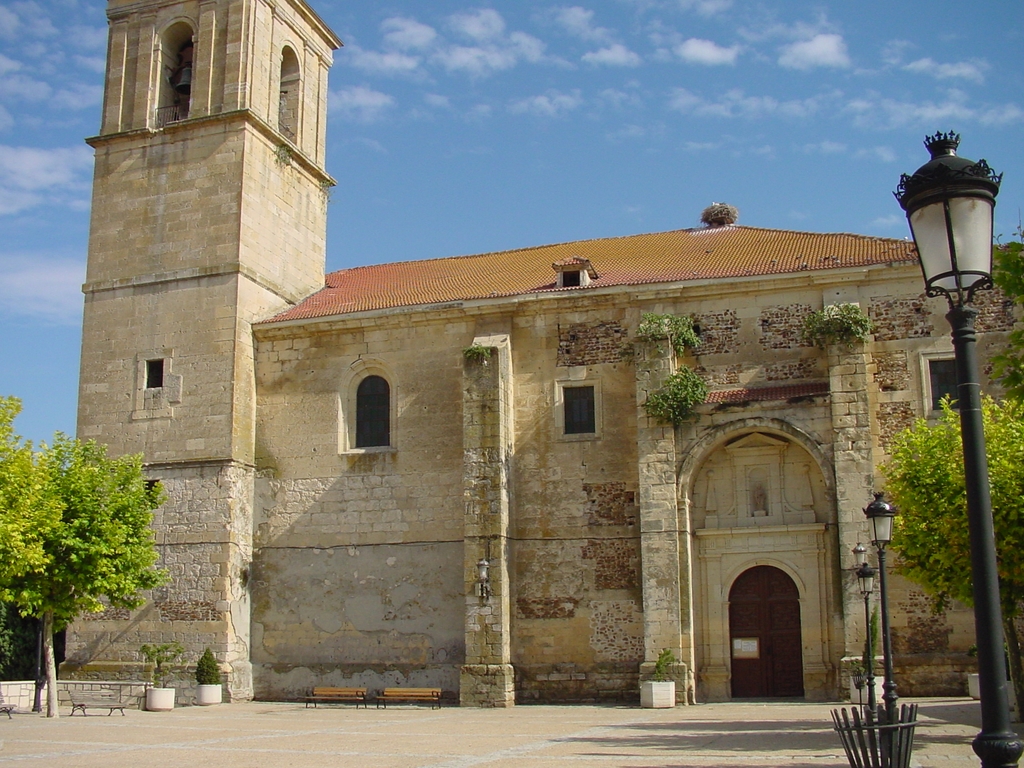 Continuing the southern route, we find Ajalvir, a municipality that has substituted its tradition with the industry and the houses close to the capital. The most outstanding construction is the Church of the Purest Conception and its festivals are celebrated honoring St. Blas, the Virgin of the Candelaria and the Virgin of the Spike.

At the end of the basin, through the M-113 we reach the municipality of Paracuellos del Jarama, where we there is a great view of the Adolfo Suarez Madrid-Barajas Airport, thanks to its privileged location. It was there where the first communication systems for the civil air traffic control of Spain, which made an incipient industry around the town. Among its heritage, it stands out the Church of the barefoot of St. Francisco and the Castle of Malsobaco. Its popular festivals are the Holly Christ of the Health, the Virgin of the Riverside and St. Nicolás of Bari.

Route through the path of the N-II

If we go parallel to the N-II throught the M-113, we border Ajalvir and we reach Daganzo de Arriba, a municipality mentioned by Cervantes. It has an agricultural tradition that alternates this occupation with the industry. Its heritage outstands due to the Church of the Assumption, from the 12th century. The patron festivals are celebrated in honor to St. Antonio and also de festivals of the Virgin of the Hawthorn and the Christ of the Cross. 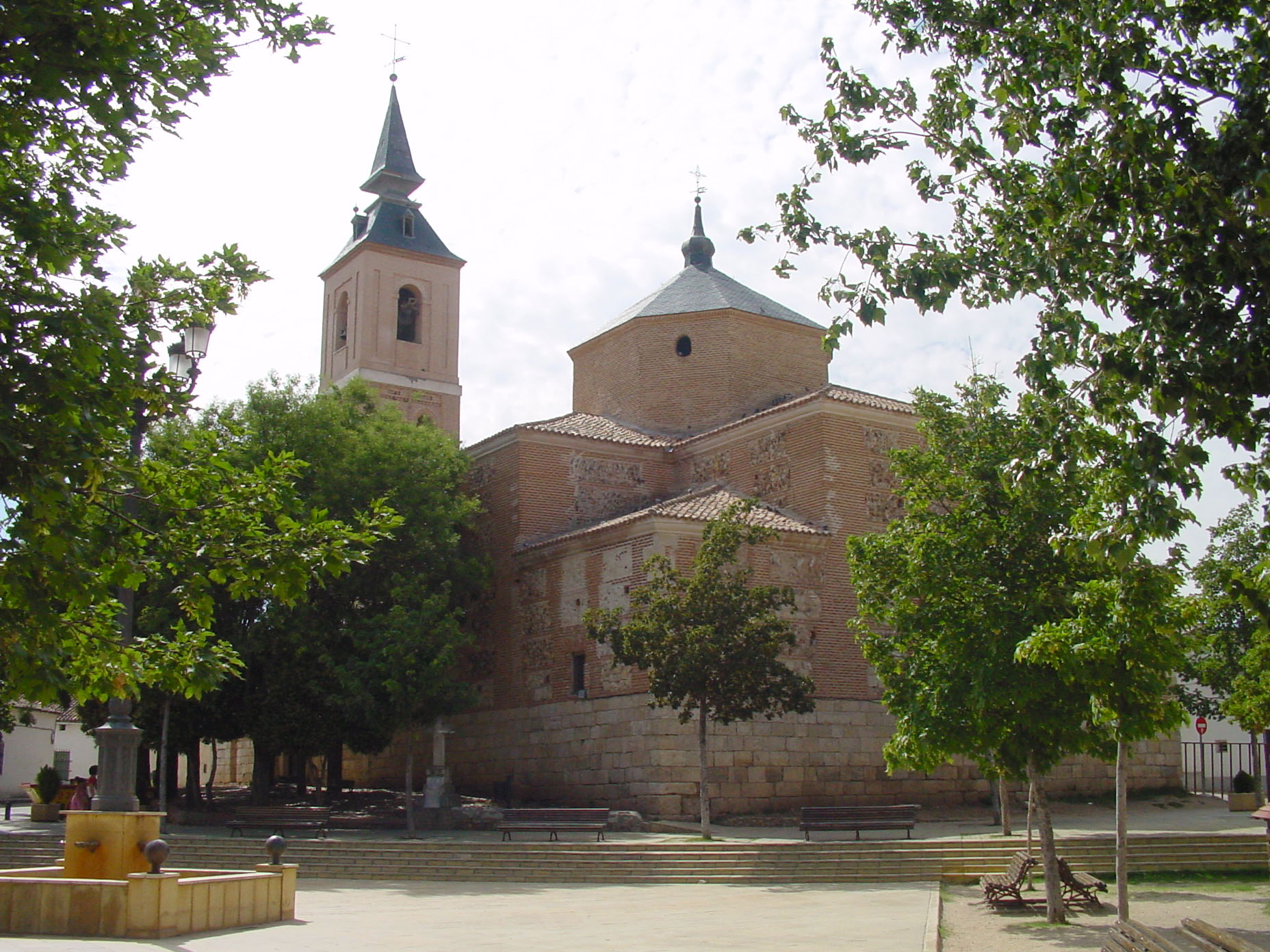 If we come back to the M-113 and pass by again through Daganzo, we reach Fresno de Torote, a town that together with Serracines, compose a municipality around the river that gives the name to them, the Torote. This gives them an important environmental value, with a rich countryside. Among the heritage, it stands out the Church of the Assumption of the Fresno of Torote and the Parish Church of Serracines, both from the 16th century.

Following the M-113 we reach Ribatejada, a municipality that since it is further away from the capital, it preserves the rural and agricultural spirit. The landscape of the Castilian countryside maintains the rainfed crops, specially the cereal, and it has some construction of artistic interest like the Church of Santiago Apostle, from the 15th century, and the Big House, a former reconverted palace. Its festivals are the Virgin of the Fairest Love (patron of the municipality) and St. Antonio of Padua.

Few meters away from Ribatejada, in alcarreñas lands, we can take the N-320, which from the A-1 drives us to Guadalajara, and we deviate to Valdeavero. This is a town that, despite the development, it maintains the agricultural essence, which is the main activity of the inhabitants. Regarding the heritage, it should be highlighted the Church of the Assumption, from the 18th century, the Hermitage of the Christ of the Sweat and the Palace of the Marquis of Campoflorido. The festivals are in honor of St. Sebastian and the Holly Christ of the Pain. 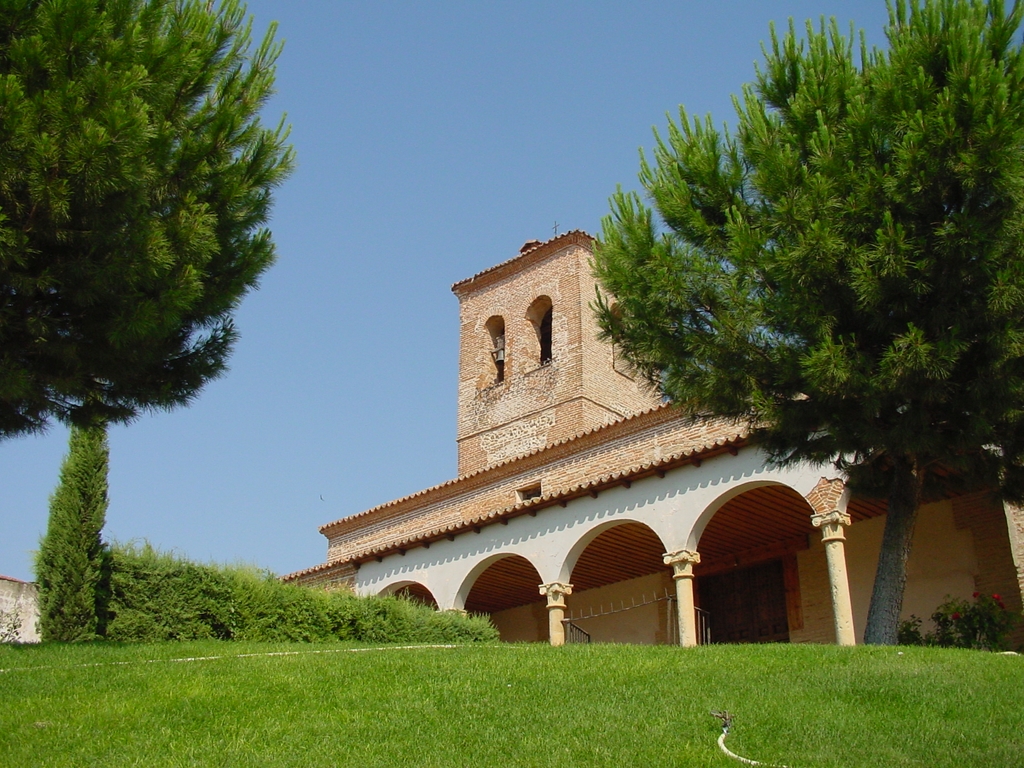 We keep going A-1 direction, we find Camarma de Esteruelas, a town surronunded by crop lands and cereals, that has grown in the last years due to its closeness to urban areas. Its heritage stands out due to the Church of St. Peter the Apostle, from the 13th century, with a surprising Romanesque-Mudejar apse. The festivals are related to the patron the Virgin of the Rosary. 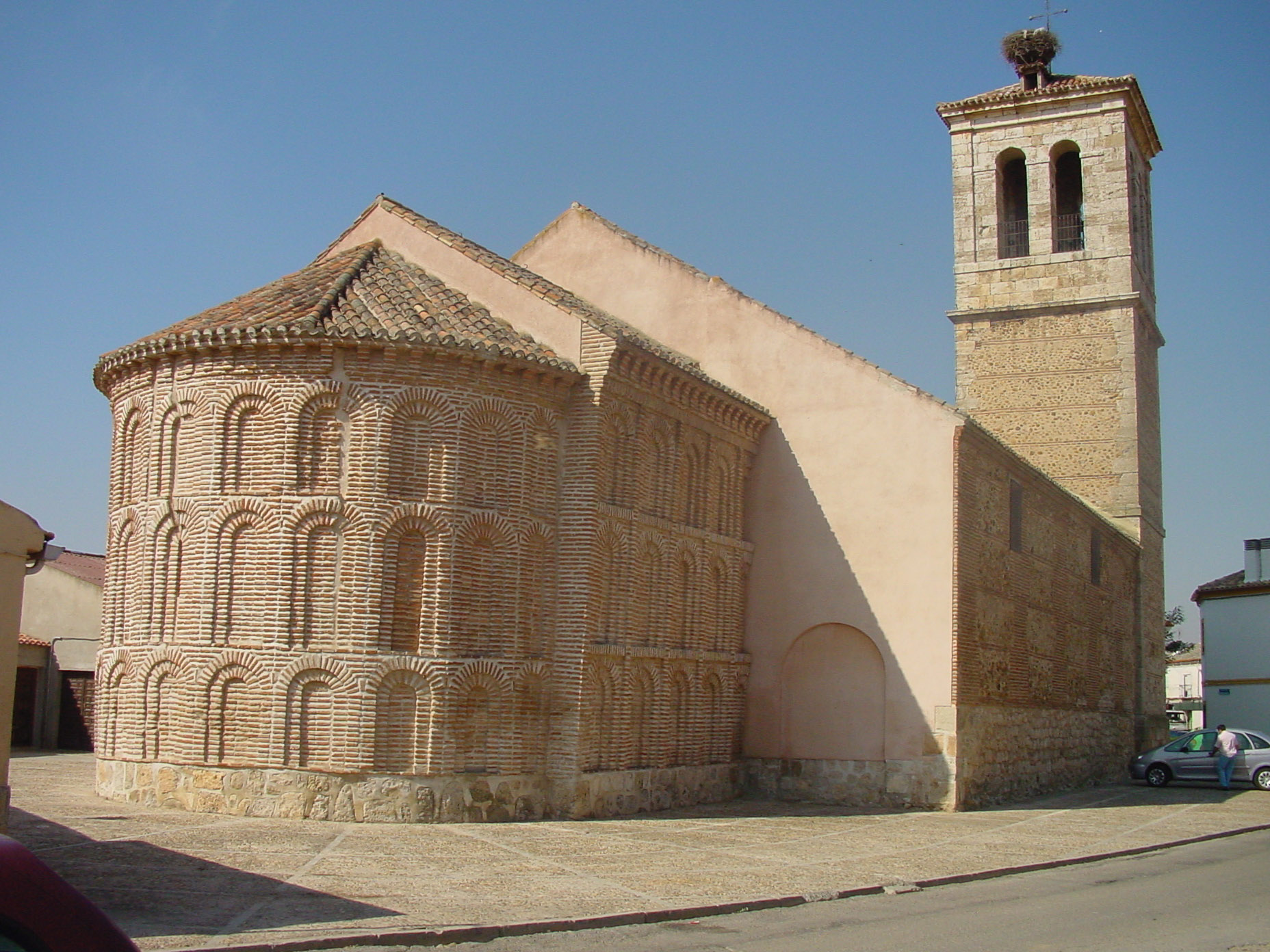 To round off the visit around the region, we arrive to Meco. It is very close to Alcalá de Henares and it is surrounded by wheat and barley crops, besides the vegetation of the riverside close to the streams that crosses the municipality. Meco is in constant growth due to its location. From its heritage we stand out the houses with escutcheons and the Churh of Our Lady of the Assumption, from the 16th century. Its festivals are in honor to the Holly Christ of Salvation.