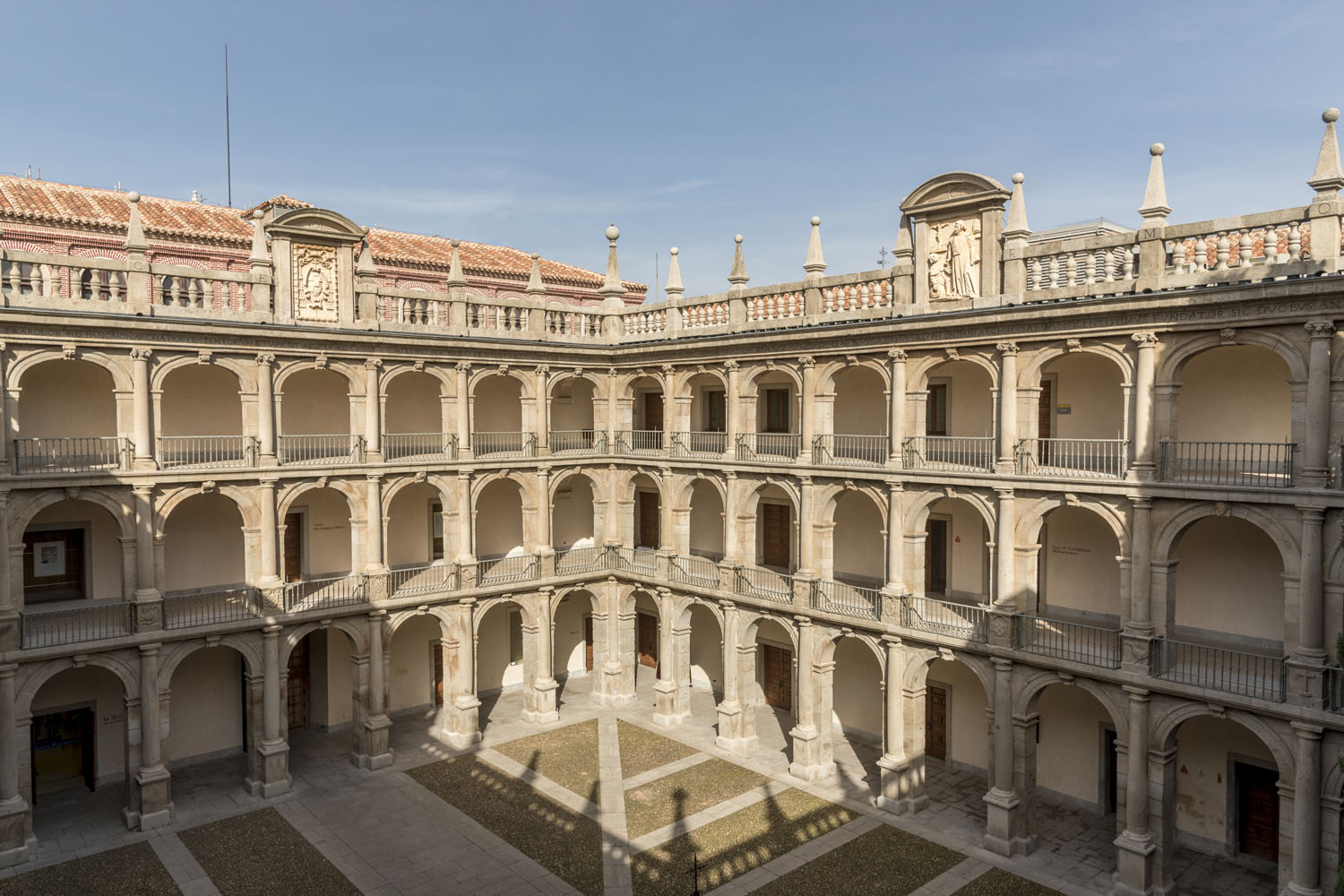 Just 30 kilometres from the capital city in the east of the Autonomous Region is Alcalá de Henares, which was declared a World Heritage Site by UNESCO in 1998.

In Alcala, we can travel along the history. We can start in the Archaeology Museum of the Region of Madrid which offer guided visits, or travel back to the Roman Empire where we can find the Casa Hippolytus and the ruins of Compllutum, wich they ar part of the Plan of Archaeologic Fields of the Region of Madrid. From the Middle Age, we find the street sign names around  Plaza Cervantes where we can distinguise the three different cultures that lived togheter at this time.

From the Renaissance, we highlight the Alcala University with its trilingual patio and the Corral de Comedias that offers guided visits along a great program. From this age is the recreation of a house that we can appreciate in the Cervantes Birthplace House-Museum, designed aroud a square patio. Inside we can discover a Library and the Cervantes Museum  containing a wide variety of objects. The hous is escorted by the scultures of Don Quixote and Sancho Panza sitted in a bank. Take a selfie!

If you go to Alcala by train, in the Paseo de la Estación, we will be attracted by the Neomudejar Laredo Palace with their minaret with a clock, that currently houses the Cisnerian Museum.

In the religious area, we highlight come impressive buildings like the Magistral Cathedral  and Las Bernardas Convent, the most important cloistered convent in Alcalá.

Did you know that... Calle Mayor in Alcalá de Henares is the longest arcade-lined street in Spain?

Alcalá de Henares, along with Aranjuez and San Lorenzo de El Escorial, are listed in the Autonomous Region of Madrid's Legacy Cities programme due to their singularity.