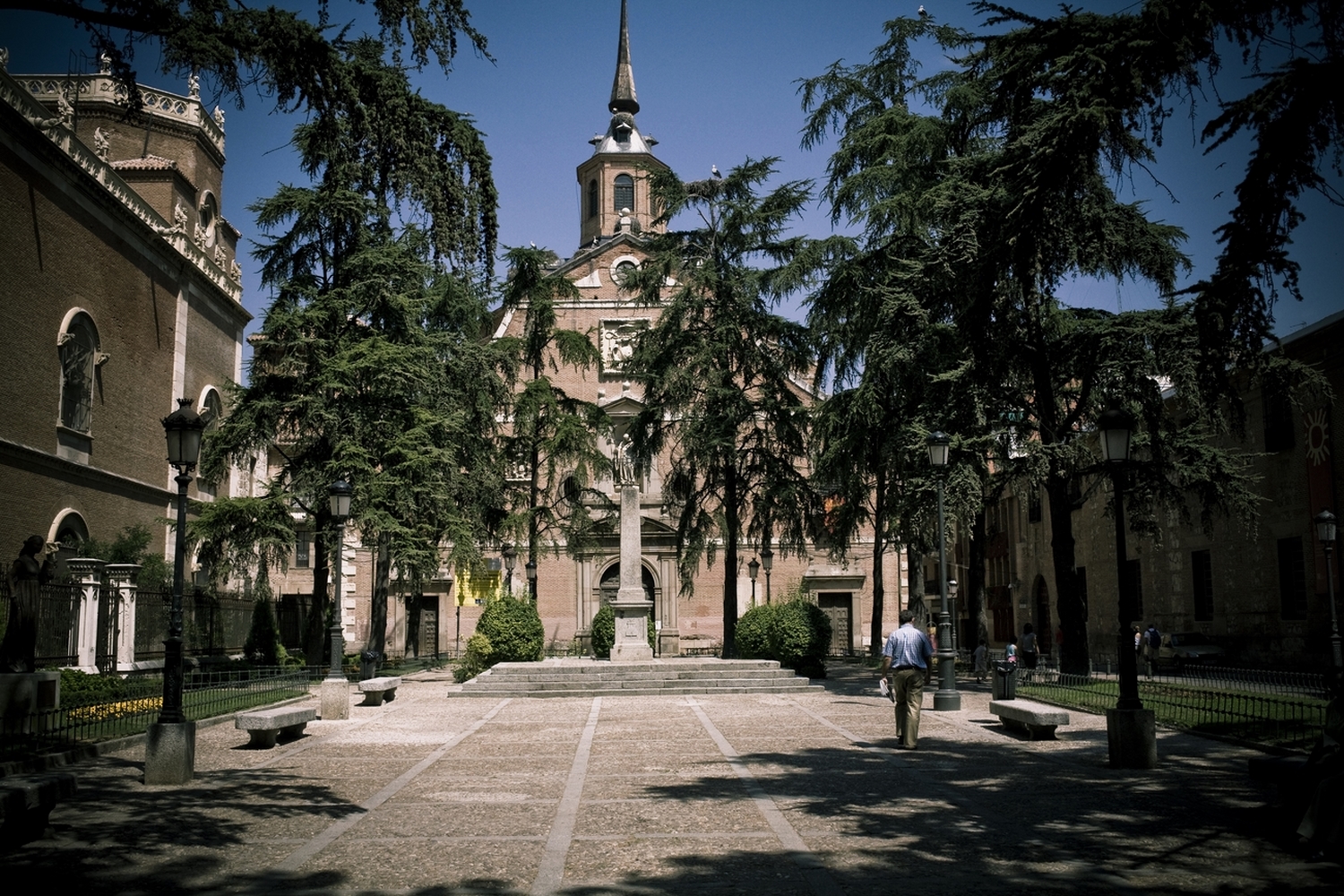 Do you want to enjoy a new tourist experience? In Alcalá de Henares you have different guided visits to see their heritage and live their streets. Join them!

If you're travelling to Alcalá and have the opportunity, take the Cervantes Train which will show you Alcalá de Henares in a unique way. Cervantes-inspired actors, adventures, legends and scenery will lead you through the city. A group of actors and extras in 17th century dress, representing Cervantes scenes, will entertain you while offering typical local pastries on this journey which begins at the Atocha station. Once in Alcalá, there's a guided tour of the city's most representative monuments also with theatrical performances.

The Alcalá Tourism Office offers guided tours as well every weekend and on holidays with routes that reflect the diverse cultures which have come through Alcalá over more than twenty centuries.

The "City of Three Cultures" route takes you back to the medieval Alcalá of Christian, Jewish and Muslim neighbourhoods through the historic city centre.

"The City of the Storks" offers a new way to get to know the city which holds one of the most important groups of stork nests in Spain. It's quite a tour, combining respect for the environment and the beauty and monumental nature of Alcalá de Henares.

The "Literary City" tour goes beyond Miguel de Cervantes to take you to places related to the work of writers from other eras who lived, studied and wrote in Alcalá. Arcipreste de Hita, Fray Luis de León, Francisco de Quevedo... Discover them for yourself!

"Routes through the City of Arts and Letters" is a tour with four itineraries that have marked the history of Alcalá. The set tours are: the Cervantes Route, the New World Route, the Theatre Route and the Students' Route.

"Monumental Alcalá" takes you to the most emblematic places such as the University and the Cervantes Birthplace-Museum, among other outstanding buildings. This tour can be combined with a tour of the Corral de Comedias theatre.

With "Discover Alcalá", you'll see the most representative sites on a very complete tour of the interiors and exteriors of the major buildings in the city.

Take advantage of the guided tours available in Alcalá de Henares. For example, "Historias de Complutum" is a theatrical tour of the Roman city remains which will bring you back to that era.

If you're up for more, go to the Alcalá de Henares Tourism Office for information as they offer seasonal tours such as theatrical visits of The Nights of Don Juan right around All Saints' Day.

The Heritage of Alcalá in the time

From their Roma past: Under the name Complutum -which is where its demonym "complutense" comes from- this city was founded by the Romans in the 1st century B.C. over Celtiberian remains. Some of the remains still conserved today include the forum and the Casa Hippolytus museum with magnificent mosaics which are still well-preserved.

The legacy of a Regent Cardinal: Alcalá de Henares saw its greatest splendour after the creation of the Universitas Complutensis, by Cardinal Cisneros. The cardinal's legacy can be seen in the façade of the university which still houses university offices.

Spanish Golden Age: After that date, the city became a cultural centre which attracted multitudes of scholars and influenced the establishment of a number of religious convents and university facilities reflecting Castilian life during the Spanish Golden Age.

Alcalá de Henares is currently home to the Archaeology Museum of the Autonomous Region of Madrid which is found in an old convent, surrounded by the Archbishop's Palace and the Monastery of San Bernardo.

A walk at the wall: The streets of Alcalá de Henares are alive. You can take a walk outside the great wall and Via Complutense to visit the Open Air Sculpture Museum, which was founded in 1991 at the initiative of sculptor José Noja. The collection is comprised of some 50 sculptures in various styles and art techniques from figurative art to Cubism, Conceptualism and even abstract art.