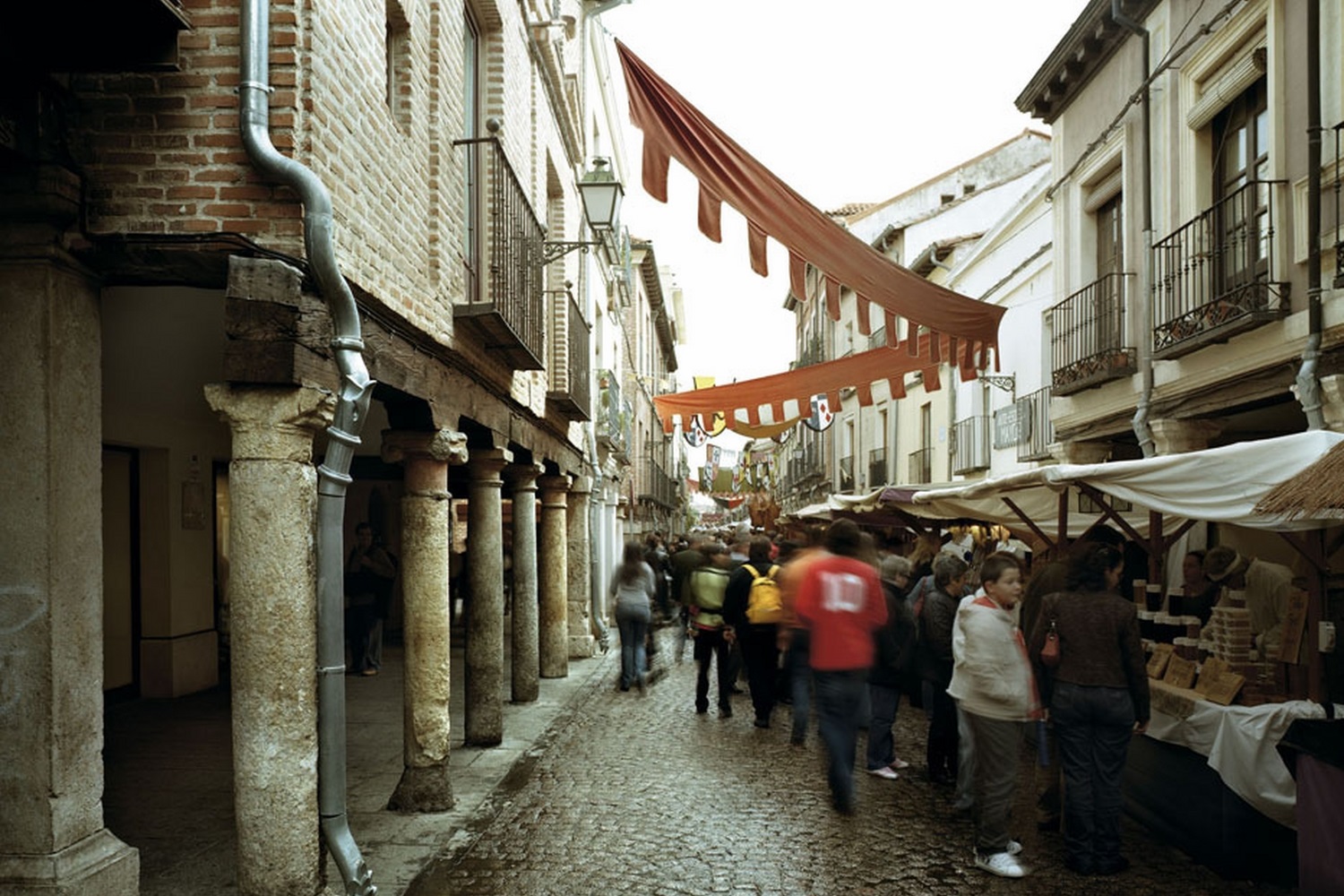 Alcalá is known for its tapas and its references to Quixote cuisine. Throughout the year, the city becomes the focus of Madrid's with prestigious gastronomy events, cultuaral and popular festivials.

The typical dishes include duelos y quebrantos (eggs and pork) and Alcalá migas (local fried breadcrumbs). If you're looking for something sweeter, there's costrada (a cream and meringue-filled millefeuille and garrapinyades (almonds coated in browned, crunchy sugar). Alcalá is known for its tapas and its references to Quixote cuisine.

The city offers visitors a great variety of hotel establishments as well as great cuisine which may be enjoyed by going out for tapas or booking one of its restaurants, some with century-old flavour such as the Hostería del Estudiante. The large variety of restaurants offers a wide range of prices and menus. They blend in well with the historic city centre given the meticulous decoration. You'll feel as though you've been taken back to Cervantes's time.

Throughout the year, the city becomes the focus of Madrid's with prestigious gastronomy events like: The February Gastronomy Week, the popular Tapas Route or the Cervantes Gastronomic Days which are held around the time of the festival commemorating the birth of Miguel de Cervantes which have made Alcalá de Henares a reference for Golden Age cuisine.

Alcala, is quite a show

With Cervantes as the city's most distinguished native, stages are plentiful such as the Corral de Comedias, (the oldest in Spain, which was inaugurated in 1602) situated in Calle Mayor where they continue to put on plays today. Alcalá de Henares is a reference for dramatic arts in the Autonomous Region of Madrid.

Besides its architectural and monumental wealth, Alcalá offers an extensive programme of activities to enjoy all year round.

The Cervantes Prize is handed out on 23 April in Alcalá de Henares in a ceremony that takes place at the University Hall presided over by the Spanish Monarchs. Created in 1976, it's the most important Spanish-language literature prize.

In June, you may enjoy the Classics Festival in Alcalá which features a fabulous programme boasting renowned companies with well-known directors in addition to new creators.

And there's Alcine in November, the most important short film festival in Spain.

The largest old time market in Spain is held for a week to commemorate the birth of Cervantes (9 October). That's the best time to enjoy Alcalá in a unique setting.

Later on in October on the eve of All Saints' Day, they put on the play Don Juan Tenorio, by Zorrilla, with a series of outdoor travelling scenes. Every year the actors become completely devoted to presenting a unique show over the two days of performances.

Also of tourism interest is the city's Holy Week celebrations with various processions that have made it one of the most popular in the Autonomous Region of Madrid. The local pastry cooks make a sweet for Holy Week known as "penitents". Take advantage of it as this is the only time of year you'll find them.